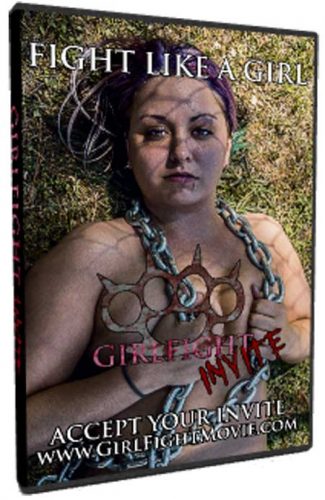 SOMETHING SINISTER & WICKED COMES OUT OF OHIO JUST IN TIME FOR HALLOWEEN! BUT IF YOU LIVE IN OHIO, DON’T EXPECT TO SEE IT – THIS “UNDERGROUND FEMALE FIGHT SNUFF FILM,” AS OHIO CRITICS CALL IT, HAS BEEN BANNED IN OHIO AND RELEASED TO AMAZON.COM!

GIRLFIGHT: INVITE has been seen and marketed through major news Web sites such as ABC, NBC, CBS, FOX, THE CW! IT’S THE VIDEO EVERYONE IS TALKING ABOUT ON THE INTERNET!!!

But don’t take our word for it! To see what everyone is talking about – means girls breaking glass, eating hearts out – watch it FOR FREE in its entirety also through Amazon.com! AND FOR THE MOST DARING THIRSTY HARDCORE FANS, A DVD WITH HARDCORE EXTRAS CAN BE PURHCASED FOR THE LOW PRICE OF $9.99 FROM AMAZON.COM!

The HARDCORE EDITION DVD contains a large assortment of HARDCORE EXTRAS and is available for sale directly from Amazon.com!!! HARDCORE EXTRAS contains HARDCORE CONTENT not seen in the free online version including never-before-seen footage; behind the scenes featurette featuring interviews with the cast of GIRLFIGHT; Director commentary shedding light on the mayhem and madness you’re about to endure; a Gag reel TOO EXTREME FOR THE INTERNET; alternate versions that add HORRIFYING MOOD & ATMOSPHERE; Plus biographies of your favorite fighters in this brutal bloodbath pitting the hottest girls against each other in underground fights to the death! Go Hardcore with the HARDCORE EDITION DVD – Before these girls tear you to shreds! 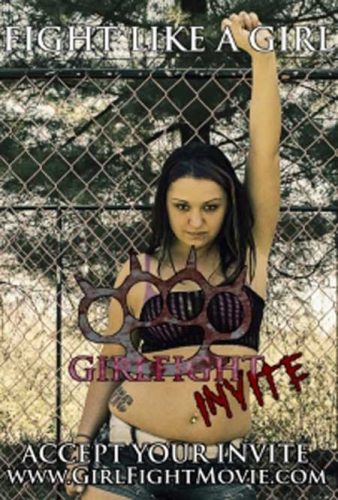 The film perpetuates a strong feminist message. GIRLFIGHT empowers women by shattering through the glass ceiling, opening doors to an all-female ensemble featuring many models and actresses from various genres put into movie roles in this deadly martial arts mashup typically oriented to males. Careful consideration and intricate detail was ensured to make sure the film portrays women in a positive light, respecting women as human beings and not objects. Women in the film do not share common gender-based roles – many times the women are actually in charge and the men are inferior to the women. They are often very strong, independent, and capable characters to which younger women can relate.

Although the premise of the film consists of brutal cage fights heavily filled with graphic, ultra-violence, where the characters fight to earn specific fortune and glory, it also encompasses reasons why these individual women are fighting. These reasons add to the character development and further enrich the story, based on real women stories matched against very tough obstacles – whether it involves kids or personal gain. The film does not objectify women – there is no sex or nudity, and, although under false pretenses, the women choose to be at this tournament – there is no kidnapping or even scenes of human trafficking. The profanity is mild than that found in an American highschool and the film is enriched with a strong story and morale, making it as appropriate for junior high and high school students as popular literature from The Odyssey to The Hunger Games. All of this makes the film both progressive and revolutionary, two components necessary to deliver such an inspiring message to an audience in today’s ultra-violent rich popular culture.

Overall, the film examines the psychological conditions of women put under these stressful circumstances, giving them a powerful voice for recognition and acknowledgement, as symbols for strong and independent women rather than inferior humans to a male-dominated patriarch.

Note: This video is a short concept pitch film to demonstrate the brutality and madness expected to ultimately take place in GirlFight: Model Kombat. Excessive violence and shock value mixed with dark horror are exemplified in this demonstration. Viewer and parental discretion is advised; not for the squeamish, faint-of-heart, or those who get offended easily.

WATCH FOR FREE ON AMAZON: