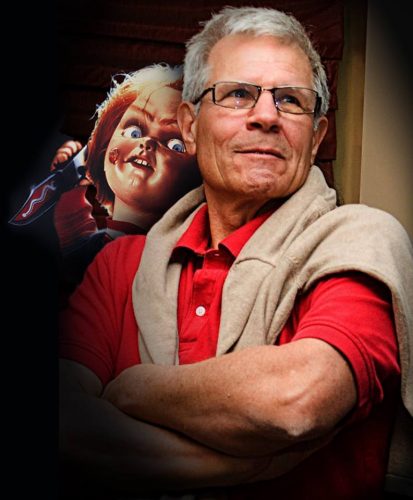 Filmmaker Tom Holland (Fright Night, Child’s Play) is set to direct ROCK PAPER DEAD, it was announced today by the film’s producers, Amy Williams; Victor Miller and Kerry Fleming. Holland will be joined by a horror dream team of talent that includes Emmy-nominated Vincent Guastini (Requiem for a Dream, “Saturday Night Live”), who will provide special makeup effects, along with the film’s co-writer Victor Miller (Friday the 13) and composer Harry Manfredini (Friday the 13).   The highly anticipated genre film will start shooting in Los Angeles this September with a 2017 release date.

ROCK PAPER DEAD is the story of serial killer Peter “The Doll Maker” Harris, who returns to his ancestral family estate after being released from the state’s hospital for the criminally insane after twenty years – a “cured” man. Once inside the old house, anguished memories from a tortured childhood and visitations from past victims shake Peter’s resolve, but it isn’t until the lovely young Ashley enters his life that Peter makes a fateful decision. One that rekindles old desires that have always ended in murder.

Tom Holland is an acclaimed writer and director known for some of the best horror films of our time, including the iconic Child’s Play and the legendary vampire classic Fright Night. Other credits include Psycho II, and numerous Stephen King adaptations, including Thinner and The Langoliers,as well as several episodes of “Tales from the Crypt” and “Masters of Horror.”

Vincent Guastini will provide the special makeup effects, including a line of “serial killer” inspired dolls and masks based on the film. The dolls will be from the film’s serial killer’s collection of victim dolls and represent each victim shown in the film. Vincent will also be creating creepy death masks that will also be seen in the film. These items are then going to be part of an entire line of film-inspired merchandise items that will be available in stores around the time of the film’s expected release in theaters right before Halloween 2017.

Guastini trained under the legendary Hollywood make-up artist Dick Smith. His credits include The Last of the Mohicans, Requiem for a Dream, and “Saturday Night Live,” for which he received an Emmy nomination.

Producer Amy Williams said, “I’m a connoisseur of this genre as most who know me know it’s my favorite. I’m a huge fan of Victor Miller and was beyond excited and totally honored to come on board to produce this project. Our team is just incredible; Tom Holland is a legend and I love his work so much.”

Rounding out the list of genre legends on the project are co-writer Victor Miller who wrote the original Friday the 13th and composer Harry Manfredini, who scored the original Friday the 13. Kerry Fleming is the co-writer and Amy Williams (Mothers and Daughters) is producing. Fleming and Miller are also producing as well with Guastini a co-producer. 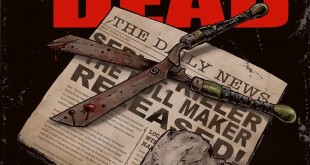 Rock Paper Dead brings together a Friday the 13th reunion