Global indie film distributor Gravitas Ventures has picked up Robert Greenwald’s powerful documentary Making a Killing: Guns, Greed, and the NRA.  Through the stories of everyday Americans whose lives have been affected by gun violence, Brave New Films’ documentary shows how gun manufacturers and dealers and their marketing and sales arm, the NRA, have perverted and distorted our political process for profit.  By focusing on gun violence survivors and victims’ families, Making a Killing is a call to action to confront one of our society’s most serious problems. Gravitas will handle television, streaming, VOD and DVD rights in the United States and Canada. Initial VOD release is scheduled for November 1, 2016.

“We’re thrilled to be in business with Gravitas Ventures,” says director/producer Robert Greenwald, whose credits include the landmark television projects The Burning Bed and A Woman of Independent Means as well as the documentaries Wal-Mart: The High Cost of Low Price; Iraq for Sale: The War Profiteers; Koch Brothers Exposed; Unmanned: America’s Drone Wars, and Outfoxed: Rupert Murdoch’s War on Journalism .   The first step in ending the daily tragedies wrought by gun violence is making sure everyone in America knows just who is behind the laws – or lack thereof – that allow for literally anyone to get their hands on a gun and start shooting.” 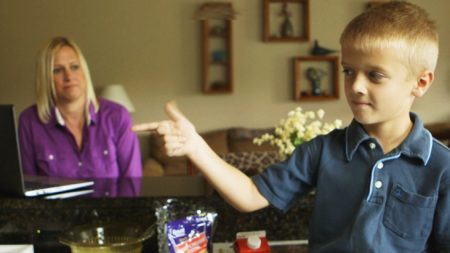 “We are delighted to collaborate with Robert and the Brave New Films team,” said Gravitas Ventures’ Sr. Director of Acquisitions, Dan Fisher, “Robert continues to be a powerful voice in documentary cinema and MAKING A KILLING is another incisive and fearless look at the suspect practices of big business.”

Making a Killing: Guns, Greed, and the NRA will have a one week theatrical run in Los Angeles (August 12-18) and in New York City (August 19-25), which will meet requirements for Academy Award consideration.  Brave New Films will partner with gun-violence prevention activists to turn multiple screenings during the theatrical runs into opportunities to inform audiences about the issue and to organize against the forces of gun profiteering.  Among the non-profit partners are Amnesty International, New Yorkers Against Gun Violence, The Brady Campaign to End Gun Violence and Women Against Gun Violence.  By Labor Day, Making a Killing will have been seen at over 1000 screenings around the country sponsored by churches, non-profit organizations, businesses, schools, and individuals who after viewing the film discuss it with the accompanying action guide in order to make an impact on this issue.

Making a Killing’s inescapable conclusion that the NRA is a sales and marketing division for gun companies has been widely validated.

Senator Richard Blumenthal (D-CT): “Our nation continues to suffer from the unspeakable epidemic of gun violence– from Orlando to Sandy Hook, to the streets of Chicago and Hartford. Americans are demanding Congress act on common sense, sensible prevention measures. Through this film, Americans will learn more about the scourge of gun violence in our country, and then act and advocate for change.”

NYC Mayor Bill de Blasio:  “This powerful film challenges us to take action against the all-to-present reality of gun violence. Every attempt to pass common sense gun control laws is fiercely opposed by the NRA and other political forces…Everyone invested in this fight should see this film.”

Laurie and Bill Benenson are executive producers of Making a Killing.  “Having a partner like Gravitas Ventures will help to bring the inescapable conclusions of Robert Greenwald’s powerful film to a huge audience,” says Bill Benenson (Beasts of No Nation, Official Sundance Selection Dirt! The Movie) who executive produces with Laurie Benenson. “It’s gratifying to align this film with one of the biggest all rights distributors in the world.  With unforgettable films such as Jim: The James Foley Story, Gravitas has become known as the home for high quality, issue-oriented documentaries.  We’re thrilled to have them champion this film and help reverse the destruction that gun violence leaves in its wake.”

About Making a Killing: Guns, Greed and the NRA:

Making a Killing: Guns, Greed, and the NRA tells the stories of how guns, and the billions made off of them, affect the lives of everyday Americans. It features personal stories from people across the country that have been affected by gun violence, including survivors and victims’ families. The film exposes how the powerful gun companies and the NRA are resisting responsible legislation for the sake of profit – and thereby putting people in danger.  The film looks into gun tragedies that include unintentional shootings, domestic violence, suicides, mass shootings and trafficking – and what we can do to put an end to this profit-driven crisis. Through this film and campaign, Brave New Films will is working with partners to fight for a country where public safety is more valued than profit. 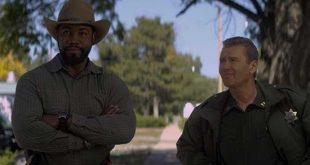