Lake of Shadows: the Legend of Avocado Lake Brings Urban Legend to Film 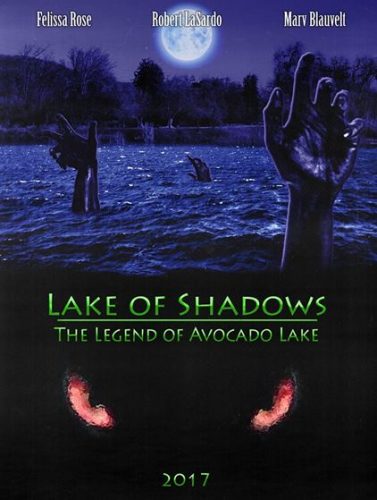 Fresh from wrapping his horror anthology The Last American Horror Show writer/ director Michael S. Rodriguez has returned to bring us Lake of Shadows: the legend of avocado lake. Shadows follows three aspiring journalism majors as they seek to uncover the mystery about the infamous lake and the dozens of deaths surrounding it. Soon they find themselves in the water, led by two guides for hire with other plans in mind. As terror rises about the water death lurks below and soon the entire party will come face to face with the truth beneath avocado lake.

Michael S. Rodriguez –Writer director- Lake of Shadows is based on an actual lake where many deaths have occurred. There are several stories, theories and urban legends as to why? I found that intriguing and decided to take on the project when the concept was pitched to me by Tino Zamora who is credited for original story and is our executive producer. I thought to myself why not hear the real stories of myth and tragedy then interweave a magnificent horror story in the second act. So the challenge will be to place you I this world of reality, then unknowingly change gears with intensions to scare the shit out of you! I do see it as a challenge, but I have grown as a director over the last few years and possess the knowledge and confidence to pull it off.

Felissa Rose on working with Rodriguez and MSR STUDIOS-

“There’s nothing better than working with people you truly love and share the same passion with! To reunite with this group ignites that excitement and creativity that an artist yearns for! I’m truly thrilled and I know it will be fierce.” -Felissa Rose

Lake of Shadows is currently in preproduction while is seeking funds through Kickstarter to begin principal photography this fall.

Tags Lake of Shadows: the Legend of Avocado Lake