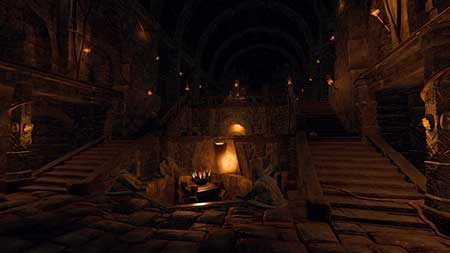 After a year in Steam Early Access, the final episode of Doorways will be updated to its final version next August 10

Saibot Studios announces the conclusion of its horror adventure ‘Doorways: Holy Mountains of Flesh’, with an update that will add new terrifying challenges next August 10. The bloodiest episode so far, in which players will be able to enter The Temple, the last level of the adventure. And they will face, once and for all, The Roaster, the hideous antagonist of the game.

In ‘Holy Mountains of Flesh’ players take the role of Thomas Foster, main character of the series, who should enter El Chacal, a small and remote village in the mountains of Salta, Argentina. He must search for Juan Torres, The Roaster, and his family, the center of weird rumors about cannibalism, black magic, cults and superstitions. But facing this terrible and twisted criminal mind won’t be easy at all… 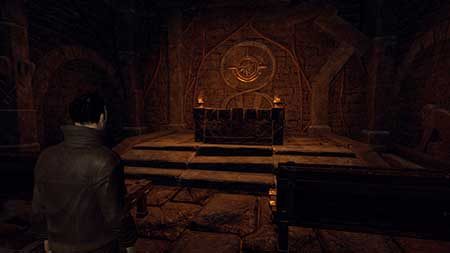 “After all these years of development work, devoting much effort and dedication, we can finally say we’ve concluded the Doorways series.

We’re very pleased with the final result and we hope that both our faithful followers and newcomers to the series will be as excited as we are.” said Tobías Rusjan, creative director of Saibot Studios.

Apart from being the most terrifying of the four episodes in Doorways series, ‘Holy Mountains of Flesh’ is the most ambitious one. It’s being developed in Unity 5 and uses the PBR technology, which brings significant visual improvements compared to the previous episodes of the series (currently available in Steam).

The final version of ‘Doorways: Holy Mountains of Flesh’ will include new areas to explore, challenging puzzles to solve and action sequences, well known for the players that have been following the story so far.

Features:
· Old-school style puzzles
· First person and third person point of view
· Minimalist HUD: no hints, no overlay texts. Immersion is the key
· Atmospheric, psychological horror story with strong doses of gore
· Featuring the voice of Sam A. Mowry (Alexander in Amnesia the Dark Descent) as Thomas Foster
· Dark storyline set on a nightmarish place inspired in the real world town, Iruya, located in the North region of Argentina.