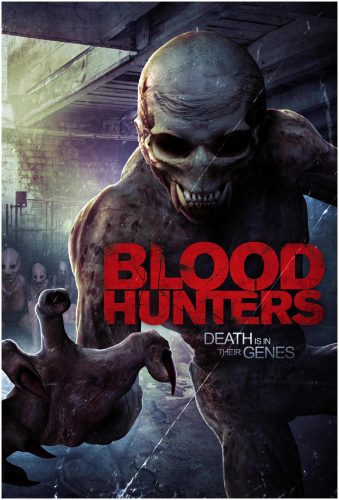 Director Tricia Lee’s 3rd genre picture, Blood Hunters, will be presenting its world premiere at the Horror Channel FrightFest Film Festival in London, England on August 29th, 2016. Famously described as “The Woodstock of Gore” by Guillermo del Toro, the Horror Channel FrightFest is the UK’s première international fantasy and horror film festival. Founded in 2000, it is now in its 17th year. Each August, FrightFest attracts thousands of genre fans to the heart of London’s West End to enjoy five packed days of premieres, previews, personal appearances, signings and surprises.

Blood Hunters is a character-driven genre film about a single mother who wakes up in a medical facility to find that everyone is dead and she’s somehow nine months pregnant.

The film was presented in Cannes at a work-in-progress screening by Frontières under its former title One Drop. After being enthusiastically received, it has since been completed and the producers have signed with sales agent High Octane Pictures for international sales.

About A Film Monkey Production
A Film Monkey Production is Tricia Lee’s production company through which she has produced 10 short films and 3 horror and thriller features. They are dedicated to bringing strong female characters to the screen, while thrilling and chilling audiences around the world. Upcoming films under the Film Monkey banner have Lee, Brown and Luckhardt joining forces to bring you Tin Cans, a supernatural family adventure. Lee has also partnered with Kristen Henderson, who cast Blood Hunters, to produce a sci-fi drama called Buying Time, written by Corey Brown.