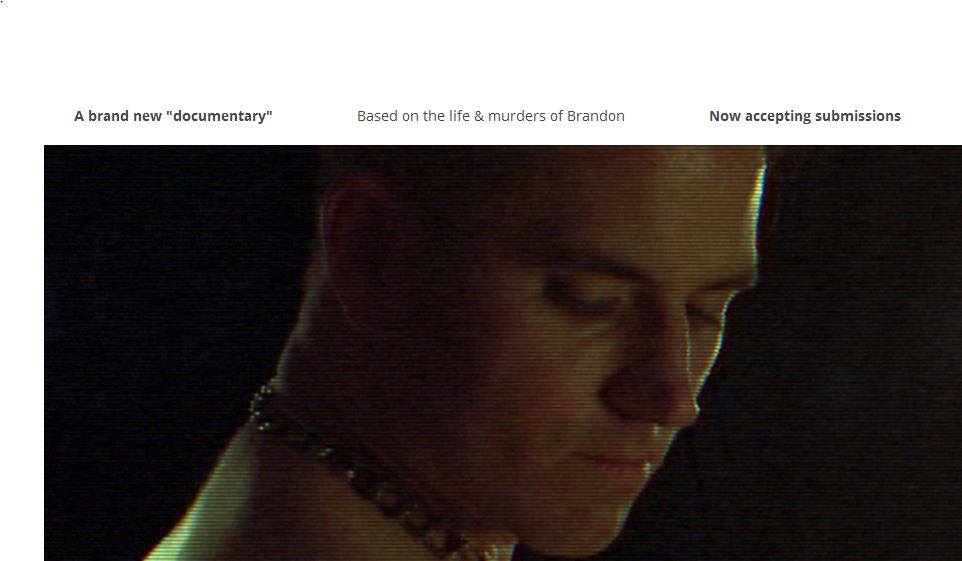 MAD SIN CINEMA is accepting submissions for Shane Ryan’s new film TED BUNDY HAD A SON. Anybody worldwide can direct/act in their own scene in the film (in any language).
Bundy is a spinoff to the underground hit series AMATEUR P*RN STAR KILLER created by Ryan back in 2004. Ryan ended the series (which is about a Ted-Bundy like serial killer/rapist who records his crimes and makes snuff films) in 2008. In the years since Ryan’s directed more arthouse fare, such as MY NAME IS ‘A’ BY ANONYMOUS (about convicted teenage killer Alyssa Bustamante), THE GIRL WHO WASN’T MISSING, and THE OWL IN ECHO PARK with Kevin Gage (HEAT, CON AIR, STRANGELAND, KNOCKAROUND GUYS), and produced the cult-action sequel, SAMURAI COP 2, with BAI LING (CRANK 2, THE CROW) and TOMMY WISEAU (THE ROOM, THE MASTERPIECE), and co-starred/co-wrote AMERICAN VIRUS (part of the VIRUS OF THE DEAD anthology) with Clint Eastwood’s daughter, Kathryn Eastwood.
So, why resurrected the APSK series? “For years people kept bugging me to do another one,” says Ryan. “I never planned on more than one. Hell, the first was just a fluke, a random idea I had based on nothing else I had been doing was working. But after letting the idea sit for several years. I realized how I could bring new life to this character, and to the series.” One idea was to give the serial killer character his own A&E style documentary, versus recreating another straight up rape and murder found-footage movie. “From there the idea that anybody could take part in this came about.”
An actor, a director, or somebody who’s never recorded anything other than videos on their phone can partake. Full actor/director/writer credits will be given to anybody who records themselves speaking to the camera about the serial killer character in the film. You can also direct a full blown segment if you wish (i.e., a fake grindhouse trailer for instance, like the trailers Eli Roth and Robert Rodriguez did for THANKSGIVING and MACHETE in between DEATH PROOF and PLANET TERROR – or you can do a Lifetime movie style reenactment scene, anything that you wish).
For all of the details on how to submit please visit www.madsincinema.com/ted-bundy-had-a-son.html
The film has already signed with a distribution company and production hopes to be wrapped by Spring. Deadline for submissions is this Halloween. All it takes is an iphone
Share