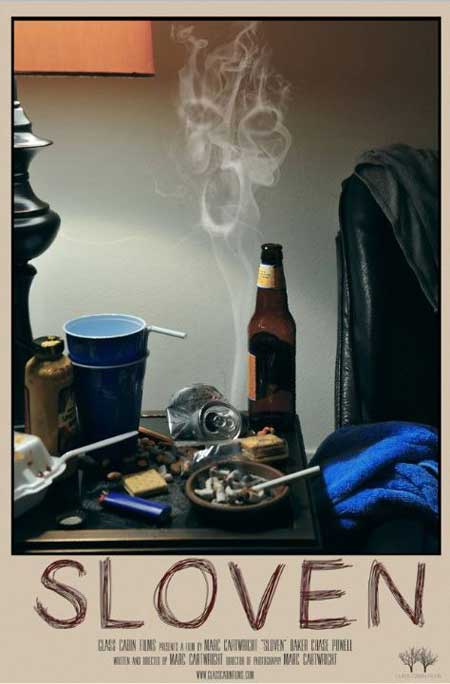 A man comes home to find his untidy roommate has left the house particularly messy. Or has something unearthly created the disorder?

Another short film! Today we have SLOVEN, written and directed by Marc Cartwright.

Halloween night, and Steve (Baker Chase Powell) comes home after work to get ready for a party. But he has this roommate, see, who is a real slob. There are dishes everywhere, all the bottles on the bar are empty, dude even swiped his herb.

Now we’ve all had roommates at one point in our lives, and some really awful ones, too. I had one that stole all my CDs and sold them for crack. Ah, memories. So we can sympathize with poor Steve as he keeps having to clean up after this pig of a roommate. 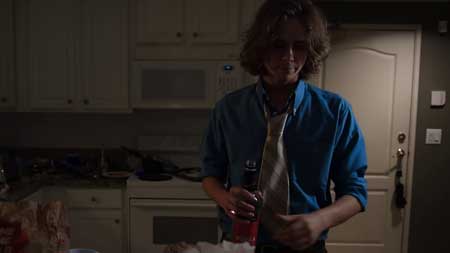 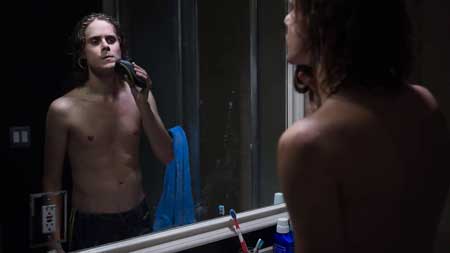 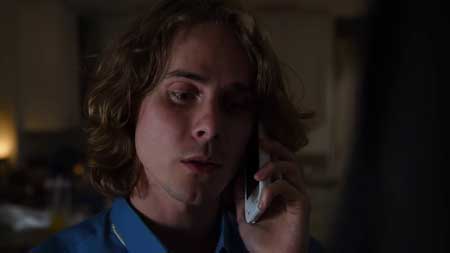 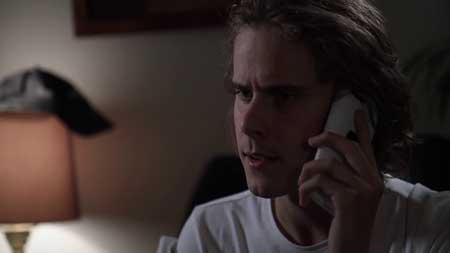 Yes there is always a however. And I’m not gonna tell you why.

Although there are other characters in the story, Mr. Powell is pretty much the only character on screen. The film is short and to the point, and there’s not much more I can say about it.

So using my special short scale of one to five, five being awesome, I’m giving this film 3 dirty dishes.