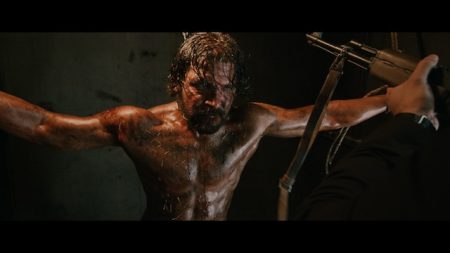 In Select Theaters and on iTunes June 24th

On Blu-ray™, DVD and On Demand July 5th

Anchor Bay Entertainment announces the release of the highly anticipated action-comedy film Vigilante Diaries, which will be released in select theaters and on iTunes on June 24, 2016, and On Demand, Blu-ray™ and DVD on July 5, 2016. Based off the popular web series on Chill.com, the film features an all-star ensemble cast led by Paul Sloan (I Am Wrath, The Night Crew), Quinton “Rampage” Jackson (The A-Team, UFC Light Heavyweight Champ), action icon Michael Jai White (The Dark Knight, Black Dynamite), Jason Mewes (Clerks, Jay & Silent Bob Strike Back) and Michael Madsen (Reservoir Dogs, Kill Bill).  The film is directed by Christian Sesma (Shoot the Hero) from a script written by Christian Sesma and Paul Sloan.

Vigilante Diaries revolves around a team of black-ops agents turned crime-fighters, led by an elusive, brooding anti-hero of near-mythical physical and weapons skills, known only as The Vigilante (Sloan). Abandoned by governments, corporations and his handlers and with a bounty on his head, The Vigilante’s jam-packed missions of rescue and revenge take the audience from the mega-mansions and underbelly of Los Angeles to far-flung locales including Iraq, Armenia, Russia, and the UK.  The film introduces a cast of colorful, dangerous, and hilarious characters with each of these missions. Mewes plays Beverly Hills documentary filmmaker Michael Hanover, who records the exploits of The Vigilante and is thrust headfirst into the middle of the story he is documenting—becoming a high-value target himself in the process. Mix in a trio of Asian femme fatales, a cadre of ruthless Armenian mobsters, and at the top, a pair of deep cover super-spies hell-bent on throwing the world into chaos – it’s no wonder it’s up to The Vigilante, not God, to sort ‘em all out.

The DVD, Blu-ray™ and Digital HD will have kick ass bonus materials including a “Behind The Scenes” featurette bringing fans closer to The Vigilante.