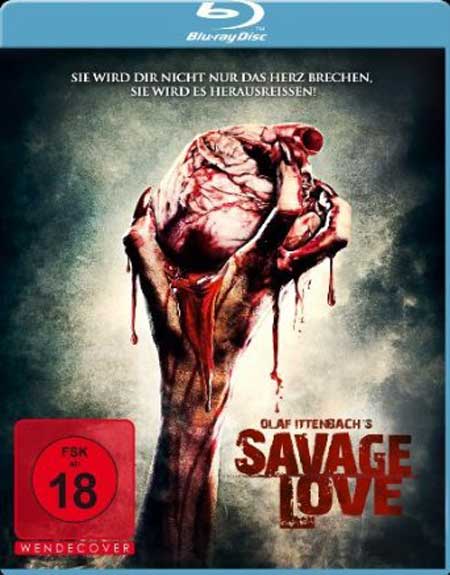 Two gangsters roam through the province and commemorate their reunion with a visit to a brothel on the green meadow. What neither they nor most of the other guests suspect is that the brothel is a trap set by none other than Satan’s daughter. The 666 victims are needed and wanted to make the day complete. But the people have no intention to surrender without a fight. …Savage Love (2012) ( Savage Love 666 )

Savage Love is a German horror film written, directed, and with effects work done by Olaf Ittenbach. ‘Nuff said, right? You already know you’re going to like this movie, but let’s delve a little deeper to see if you might actually love it. I can tell you right up front, you won’t love it if you get the German release, which for whatever reason has 5+ minutes of blood and gore cut out. I mean, what good is a German splatter film without the splatter? So make sure you find the full 88 minute film. But keep in mind: just because the film is uncut doesn’t mean it will all make sense… 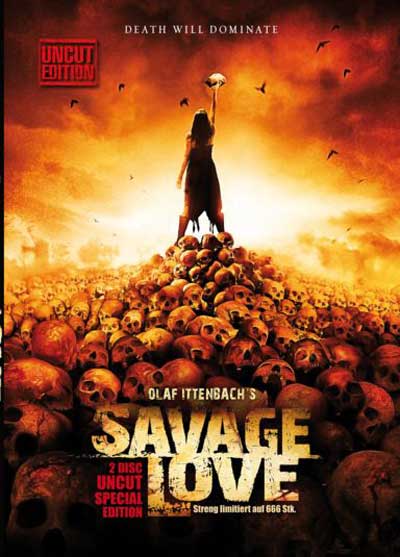 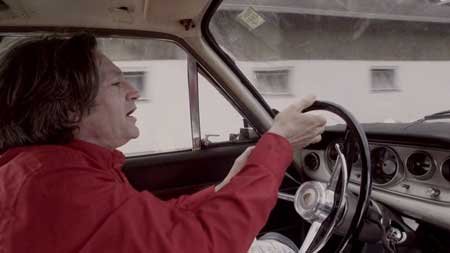 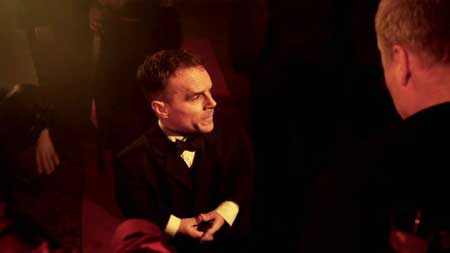 As with many European horror films, Savage Love begins a long time ago, specifically in the year 1569 – that’s just one of the perks of living in a country whose history goes back more than 200 years. A woman, possibly a witch, definitely played by Sarita Bradley, is bound to a cross in the woods by an army of knights. Just before they slit her throat and cut her in half, she curses them, and soon a bunch of the undead appear and kill everyone. We finish the scene with the witch’s reanimated corpse promising the army of ghouls that one day she will return and call on them again for the “final battle.” 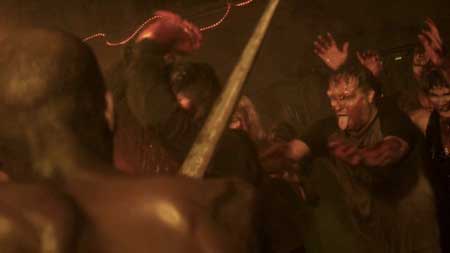 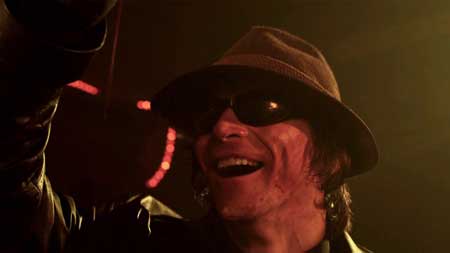 After an opening credit sequence involving cast and crew names in the form of tribal-like tattoos across the body of a nude woman, intercut with a dude in a jock strap practicing martial arts, we cut to the present day and meet Lukas (Philippe Jacq) and Marc (Dustin Semmelrogge), a couple of horny guys on their way to some kind of orgy/sex party in the woods. Marc gets drunk and high in record time, while Lukas meets a bunch of people, men and women alike, and seems to hate all of them. While all the men at the party are meeting girls, we see a familiar face in Nadia, the witch from the intro, dripping blood into drinks meant for the women. That blood, of course, turns the women into demons, and soon we’ve got ourselves a battle royale, the handful of non-possessed, still living men fending off an entire army of undead demons, and it’s a little bit Night of the Demons, a little bit From Dusk ‘til Dawn, and a whole lot of insanity and over the top bloodshed. 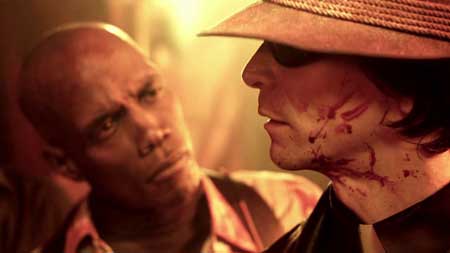 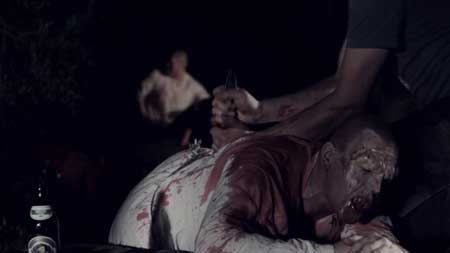 The highlight of this movie, of course, is the excessive gore and the light tone the entire film takes on. I wouldn’t go so far as to call it a horror comedy, but it certainly doesn’t take itself too seriously, which is a relief. What we have is a fun gorefest; if it had been a serious effort, I worry we may have ended up with a confusing disaster. Things get really out of control when it comes to the story – a heavily armed priest (played by Witalij Kuhne) shows up, who apparently expected the entire situation, and he explains a legend that says something about 666 sacrifices being made to unleash evil, and a piece of Lucifer’s heart is there in the building, and Nadia is the biblical “whore of Babylon,” not to mention all of the cannibalism going on downstairs. If you’re looking for a coherent storyline, it isn’t here. If you can handle loose ends that are never tied up, stick with me here. 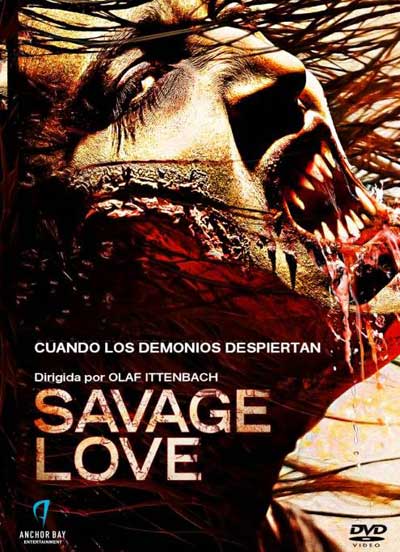 Savage Love has a very high body count, and as always we can count on Ittenbach to deliver the on-screen deaths in a creative fashion. Lots of bodies are cut to pieces, with plenty of blood and vomit and fluids of all kinds splattered in every corner. There is even an entire room full of body parts and organs and corpses of all shapes and sizes. At one point, the guys put together a weapon/contraption in a scene that brings to mind Lionel and his lawnmower in Dead Alive. 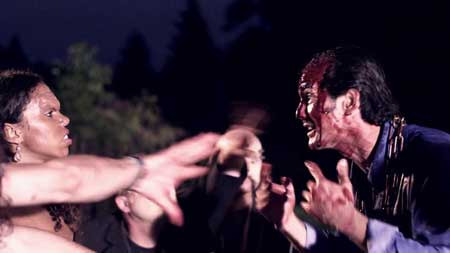 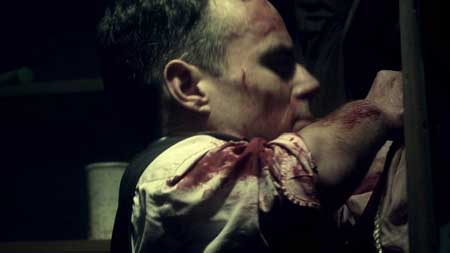 Effects look good, and the kills are a lot of fun, and adding in the medieval elements that come to haunt the present day, we have no doubt that this is indeed an Olaf Ittenbach film. Relative to his entire body of work, this ranks somewhere in the middle – it’s certainly no Black Past or No Reason, but I’d still take it over most of the Hollywood retreads and found footage disasters of recent times. The thing is, even at his worst, Ittenbach still delivers the effects work that so many horror fans love, eschewing CGI blood and guts for the practical approach, and I think that’s something most of us around here can appreciate. Savage Love isn’t the best, but it is certainly a good time.