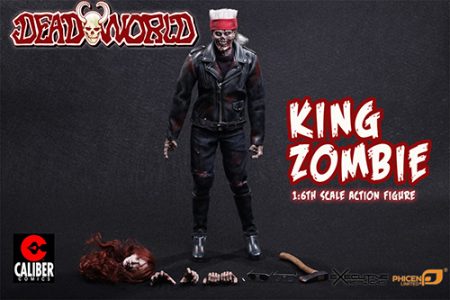 Caliber Comics and Executive Replicas are proud to announce the release of the first ever highly detailed King Zombie figure. Based on the long running classic Deadworld comic book series this iconic figure is sure to not only please fans of the granddaddy of all zombie comics but worldwide horror fans in general. King Zombie – the sadistic, chain smoking, Harley motorcycle-riding, intelligent zombie is the main villain within Deadworld who made his debut back in 1986 and continues on to this day. He is on a mission to take over the world and he wants to control everyone…alive, dead, and undead. 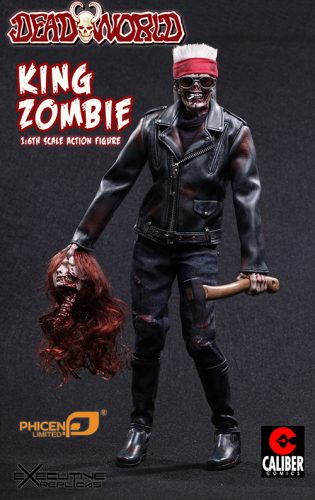 The King Zombie figure is now available to Pre-Order from Executive Replicas for $135.00 with delivery scheduled for Mid-July.