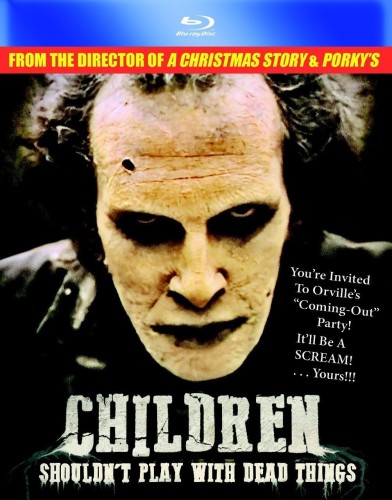 A mean-spirited theater director lures his troupe to an island whereupon he proceeds to scare them silly.

Children Shouldn’t Play With Dead Things (1972) is the macabre title of one of director Bob Clark’s early films.  Though his real birth name of Benjamin Clark is used in the credits, the film is the work of the same man responsible for Deathdream (1974), Black Christmas (1974), Murder by Decree (1979), Porky’s (1981), and possibly his most famous and beloved film, A Christmas Story (1983).  When I was a youngster, I recall a local television channel showing the film frequently, and shuddered at the site of the film’s titles, imagining it to be much more horrific than it actually is.  On the contrary, the film is sold as a comedy/horror film, with the first two thirds boasting comedic elements and the last third signaling the beginning of a very unfortunate turn of events. 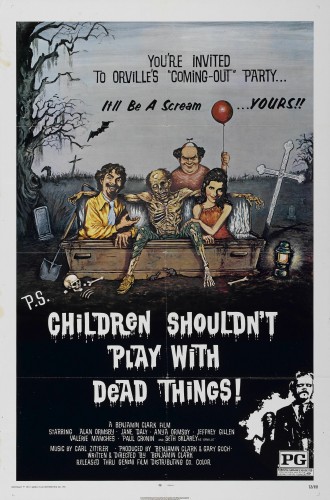 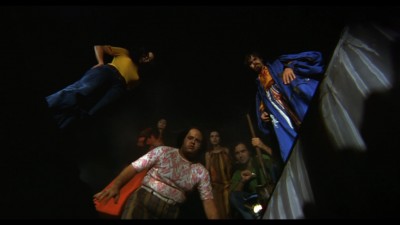 Alan (Alan Ormsby) is the director of a group of theatrical performers.  A motley crew to be sure, he presides over them the way a schoolmaster oversees his/her young charges; he frequently talks down to them and exerts a very bossy demeanor.  For his own amusement, he brings them by boat to an island which contains a cemetery for criminals.  His idea is to “play” with them by bringing them to a small building and making them spend the night there, only to terrorize them with his macabre games which include him donning a blue robe and reading about the island’s past from a book which holds the key to the lives and crimes of those buried there. 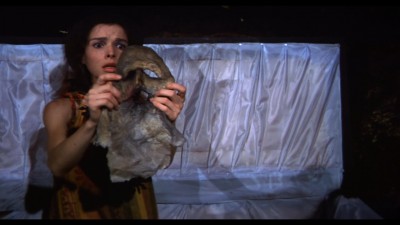 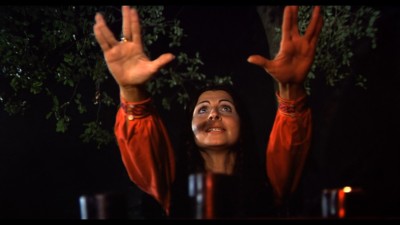 Alan digs up the body of a criminal named Orville Dunworth, and then engages in a séance in the hopes of raising the dead around them.  Obviously, he is playing a joke on his “children”, but the book that he reads from turns out to be more than he bargained for as the dead truly begin to rise from the grave.  The final shot of the film is creepy and funny at the same time. 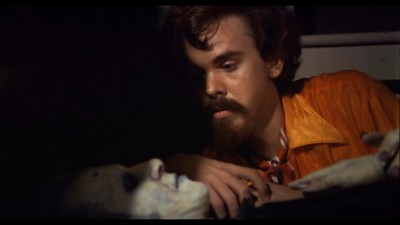 For an out-and-out rip-off of 1968’s Night of the Living Dead, Children is a fun movie to watch.  The film has been released on DVD a handful of times over the last fifteen years, but the new Blu-ray out now from VCI Entertainment is jaw-dropping.  The company has pulled out all the stops to digitally restore the image and the results are astonishing.  The film has never looked this good before.  Images that were murky and dark before are brighter and clear.  The film, shot in 1972, looks like it was just made.  The clothing worn by the performers, in particular the blue robe donned by Mr. Ormsby, are bright, saturated and colorful.

The film is by no means original, but it’s fun to watch.  The storyline of reciting purported magic verses from a book with the intent to raise the dead is a horror genre storyline done many times over, most notably in The Evil Dead (1982) and Demons (1986).  The Gravedancers (2006) featured disrespectful graveyard revelers dancing on the graves of those who came back for vengeance.

The film is shot entirely at night (watching this at drive-ins must have been challenging), so this new restoration is a godsend for die-hard fans.  It makes it much easier to see and differentiate the characters and the action.  Once again, a beautiful transfer all around.

The Blu-ray extras consist of many items that have been ported over from past DVD pressings:

The real reason to pick this up is the transfer.  Just beautiful. 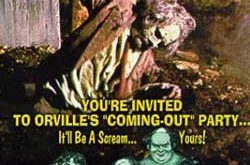 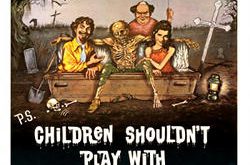 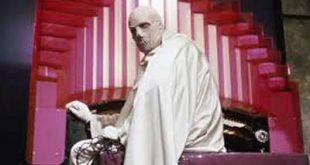