Halloween has always been a great time to proudly display your favorite horror movie icon. While still months away, thee is certainty nothing wrong with getting a hard start on planning. We tend to see alot of the same characters show up year after year, not because of unoriginality, but because they are simply well loved. It’s always fun to remind folks of some of the more popular ones so that they can begin to re-think their own approach to these horror figures…. so let’s begin!

Vampires have been depicted in a broad variety of ways but the one that sticks most prominently in our cultural memory are the Bella Lugosi/Christopher Lee portrayals. Featuring an intelligent, aloof predator that hides among his victims with the trappings of wealth and decadence. Visually he’s presented as a smartly dressed, wealthy gentleman, dressed most often in formal eveningwear. Personally I feel it’s the touch of class and style attributed to Dracula in these portrayals as much as the acting and scope of the films that made the villain such a success. 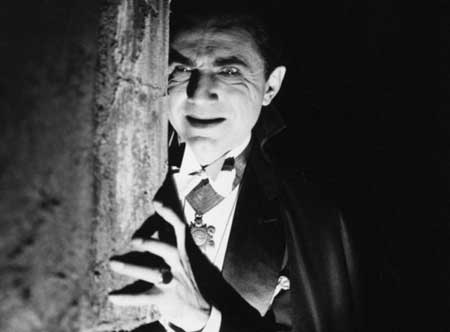 If we’re talking Halloween then we can’t leave out fan favorite Michael Myers. This soulless sociopath rears his ugly head just for the holidays, leaving a path of bodies in his wake. Ironically his outfit is a Halloween costume consisting of a boiler suit and a white William Shatner mask (who’d have thought that face could be so terrifying).

Seriously, this is the face of horror as far as the Halloween series is concerned. 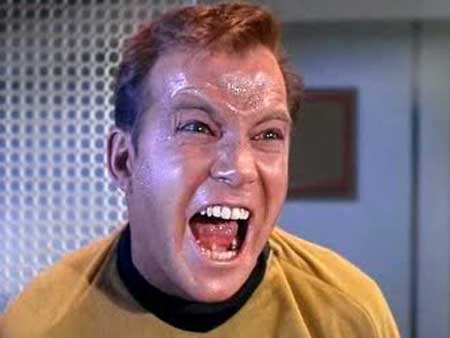 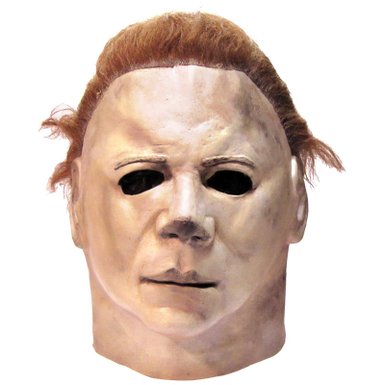 Jason is another big franchise slasher, weirdly we don’t really see him in the first film and his more iconic features aren’t picked up until the third. Whenever some one pictures Jason or thinks of Friday the 13th it’s the machete-wielding maniac in a hockey mask that they all think of first. In fact the hockey mask and machete are probably the most consistent thing about his outfit, as the rest of his clothes vary from film to film. From dirty brown jackets and trousers to an eerily Michael Myers-esque boiler suit his accompanying clothing has varied enough for some credible costume imitations… although the Cyber-Jason from Jason-X was a bit too ridiculous (fingers crossed for a tuxedo Jason in the future).

Originally Jason was an unmasked, deformed child, then a man with a sack over his head until he finally picked up the mask. The original mask was moulded from a Detroit Red Wings goalie mask. While the actual costume worn by actors always included a full head mask (for the exposed parts of the deformed head underneath the mask) the design eventually evolved to make it appear as if the mask had fused to his skin. Later evidence of previous scarring and damage from the other films started to appear on the outfit. 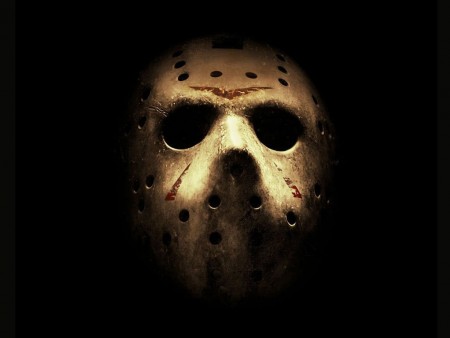 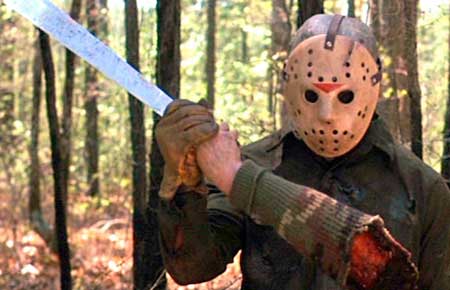 Freddy Krueger is the stuff of nightmares, literally. In life he was a serial killer who targeted children, after being horrifically burnt to death by the vengeful parents of his victims he came back. With his hideously disfigured face, red & green stripy jumper, fedora hat (classy) and spiteful looking clawed leather glove he began to invade dreams and off the children of his killers. While it took a complete reboot to make him scary again after some pretty awful sequels you can’t really say he’s not a unique and unsettling looking character and he’s definitely very recognisable. The most disturbing thing is that even with all the raw looking burns across his face, Robert Englund is actually pretty recognisable underneath, which makes the prosthetic scarring seem a little more believable. 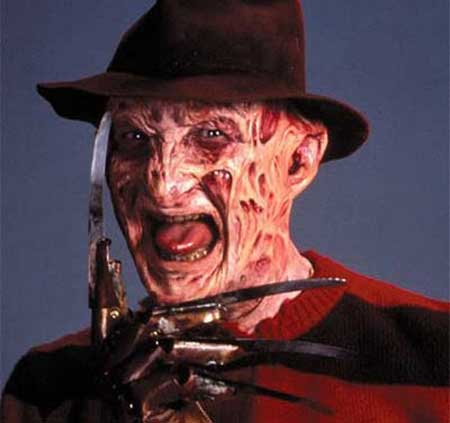 Even though it takes over an hour for him to show up in the first film there’s no doubting that Pinhead is the meanest and most memorable monster in the Hellraiser series (taking into account some of the mutilated monstrosities and the skinless, blood guzzling uncle Frank that’s a big achievement). The pale, cold skin and neat geometric arrangement of the nails driven into his head give the impression of a more ordered villain compared to the slasher-film antagonists that were big at the time. There was a very deliberate and hateful intellect at work behind this monster and that’s probably what helped make him so successful as a horror icon.

The costume is remarkably intricate in spite of being the plainer of some of the Cenobites, the makeup for the films took around six hours to apply and is accompanied by a fetishistic black latex outfit, rather than being needlessly kinky (which would still be pretty disturbing in context) it comes across as imposing. Pinhead was never intended to be the character’s official name, and was originally credited as ‘Priest’ and the ‘Lead Cenobite’. 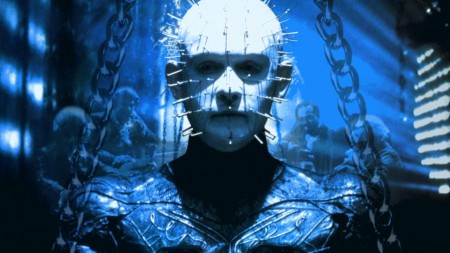 Leatherface is one of those villains you love to hate, the granddaddy of the costumed slashers, he’s a butcher of human meat. Though he may be a mentally scarred simpleton, his huge size, massive chainsaw and single-mindedness make him a dangerous and terrifying abomination. Defining features of Leatherface’s outfit are a butcher’s apron, gloves and of course a mask made of human flesh. 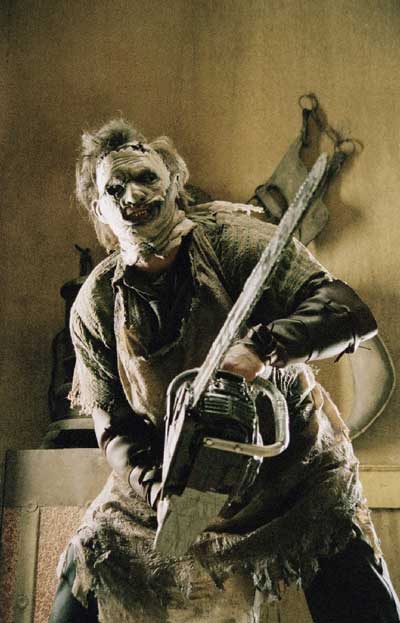 While all of these costumes were custom sculpted by industry professionals, there are plenty of fantastic examples of many of these horrifying film outfits available at Horror-Shop. Check it out for yourself and get to some early planning!