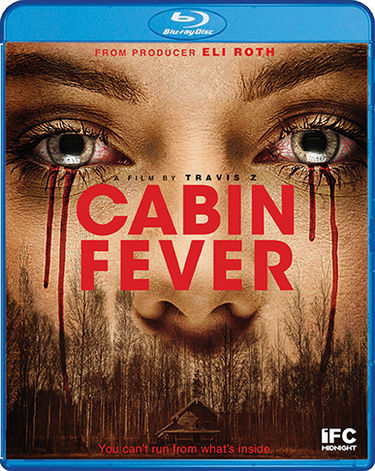 A group of five friends are terrorized at their getaway cabin.

Why? That one single-word question pretty much sums up my reaction to hearing of a CABIN FEVER remake. The point of doing a remake usually involves updating or contemporizing the source material for a new audience. The original CABIN FEVER was released in 2002 so I’m not really sure it’s outdated yet. So doing a remake of the film, using the same script, to me sounds like nothing more than a quick cash grab. The screenplay was credited to original writers Eli Roth and Randy Pearlstein because they didn’t change anything! I’m really at a loss here and I have no clue as to why this film even exists. Everything I enjoyed about the original is lost in this film. Hey, look at me ranting already and I haven’t even started the review portion. So let me just get the story part out of the way.

Five college friends have decided to get out of the city and head out for a weekend of booze, weed, and banging. The cabin they are staying at lies in a small town where the locals seem a bit off. When they make a stop at a local general store, they quickly make enemies. One of the locals warns them about staying out there but it falls on deaf ears. Once they arrive, Jeff (Matthew Daddario), Karen (Gage Golightly), Paul (Samuel Davis), Marcy (Nadine Crocker), and Bert (Dustin Ingram) settle in rather quick. The place is comfortable and the wilderness around them is breathtaking. Everyone has their own priorities and Bert’s is to take his assault rifle out into the woods and give it a spin. When he’s out there, he accidently shoots a man who appears to be suffering from some sort of infection. He leaves the guy to die and goes back to the cabin, pretending nothing has happened. This sets off a chain of events that unleashes a flesh eating virus they begin to contract. The locals want them gone and they just want some help, help that may never come. 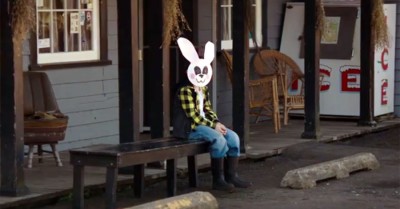 I can tell you right now one of the main factors this version doesn’t work is the fact it’s almost completely humorless. Many of us really enjoyed the off beat humor that was injected into that film. It may have been the only time it worked in a Roth film (sorry folks, CABIN FEVER remains the only great film he’s ever directed, the rest aren’t so good). Nixing the humor was a huge mistake. The acting in the picture is good but the issue lies within the lack of chemistry within the cast. Those characters worked so well in the 2002 film and the actors who portrayed them were like pieces of a puzzle. Without them, the film never would have worked and it’s completely apparent when watching the remake.

The changes to the remake were so subtle, you barely even notice them. The standout exception was gender swapping Deputy Winston. That’s all fine and dandy but they kept most of the character’s dialogue intact and played it straight, it doesn’t work. Who here remembers the knarley special FX from the original, some fantastic and nauseating stuff. It’s toned down in the remake and doesn’t look all that good. It’s mostly just a bunch of spraying blood. Every iconic moment from the original is basically tarnished in the remake. 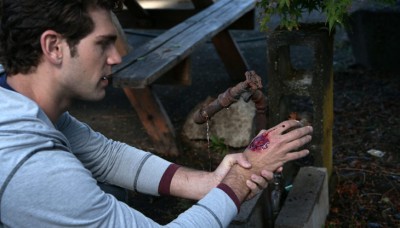 I could just go on and on about how rotten this film is but you know what, I’m not. No matter how much we complain and throw fits, remakes will still exist. At least we can all choose to ignore the complete waste of garbage. The film almost tarnishes the original which is just now only becoming a MODERN classic. If you’re a fan of the 2002 film, don’t waste your time. It adds nothing to the mythology and offers only a cheap recreation of a superior picture. Too bad we couldn’t infect the movie with some sort of virus to eat it out of existence. Complete utter garbage! Trevor Z directs. 0 (out of 5)