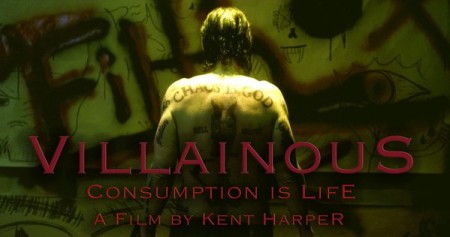 Here is a look at the teaser trailer from Harper

Synopsis:  A Vampire restrains himself from prior habitual addictions, leading to break down and chaos.   As he’s attempting to change and trying to stop killing, the pressure becomes unbearable leading to mayhem.

Kent Harper also co wrote (with Jennifer Lynch) and produced the film Surveillance with David Lynch (Mulholland Drive, Blue Velvet, Twin Peaks). Surveillance was produced through Warner Bros’ Germany and directed by Lynch’s daughter Jennifer Lynch. The drama was also Official Selection at the 2008 Cannes Film festival and won Best Picture in the Sitges International Film Festival in Spain 2008.  Harper portrayed one of the lead roles starring opposite Bill Pullman Julia Ormond, Michael Ironside, French Stewart, and Cheri Oteri.  It was distributed by Magnet and was released theatrically in 2009.

Harper is an award winning Actor /Writer/Producer/Director, winning Best Performance in the 2008 Silverlake Film Festival for his role in the film Statistics.   He is the Founder and President of the production company Film Star Pictures.