Home | Fury of the Demon – Most Dangerous Movie of all Time

Fury of the Demon – Most Dangerous Movie of all Time 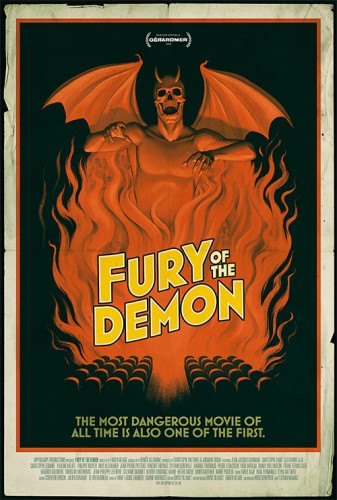 A legendary filmmaker. A lost movie.
A legacy of death.

An investigation that takes us on the traces of violent riots having taken place throughout the 19th and 20th centuries, caused by a rare, fascinating and dangerous film: Fury of the Demon (La Rage du Démon), attributed to French cineaste Georges Méliès. Through conversations with journalists, filmmakers, historians, experts and psychologists, this documentary pulls back the veil on the most cursed and disturbing movie ever-made. From mysteries to mysteries, from questioning to questioning, discover the truth about the lost movie that has been shaking the film world for over a century!

Fury of the Demon will be screened at Gerardmer International Fantastic Film Festival (France) next week. If you see it, you could die.

Tags Fury of the Demon