SAM TRAMMELL AND VANESSA FERLITO STAR IN ALL MISTAKES BURIED
​
Breaking Glass Pictures is releasing Tim McCann’s crime thriller ALL MISTAKES BURIED starring Sam Trammell (“True Blood”, The Fault in our Stars), Vanessa Ferlito (“Graceland”, Death Proof), and Missy Yager. A theatrical and VOD release date is set for January 22, 2016.
In this “truly fascinating” (WayTooIndie.com) thriller, Sam Trammell gives “the performance of his career” (The Movie Network) as a lone struggling addict. ALL MISTAKES BURIED made its world premiere as part of the 2015 Dances With Films Festival where Star Pulse raved Sam Trammell’s performance is “an acting feat if ever there was one.” The thriller went on to play the Boston Film Festival and took home awards for Best Actor (Sam Trammell), Best Actress (Missy Yager), and Best Editing. The film will screen at the 2015 Austin Film Festival. 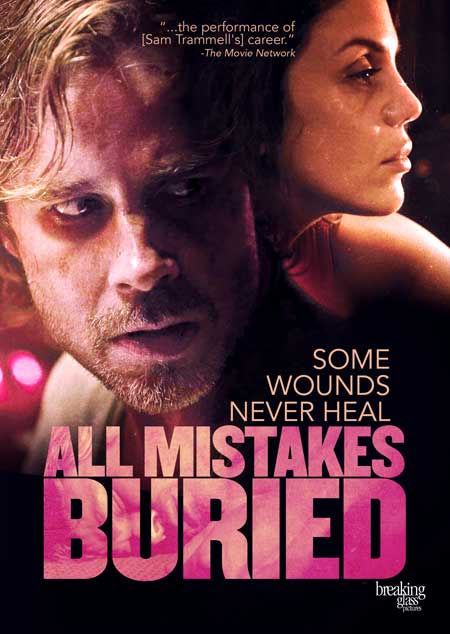 Official Synopsis:
Struggling with drug addiction and heartbreak after his recent separation, Sonny looks to make amends by giving his wife a precious necklace on their anniversary. But when the necklace is stolen, he must delve into the dark corners of a Louisiana town to find it. Sonny faces dangerous drug dealers and truths he may not want to confront, all in a last ditch attempt to save his marriage.
The film will open in New York, Los Angeles, Chicago, Philadelphia, Miami, Cleveland, Dallas, San Francisco, Denver, and Phoenix on January 22.SSS Entertainment and Breaking Glass Pictures partnered earlier this year for the release of Tim McCann’s psychological thriller WHITE RABBIT, also starring Sam Trammell and Britt Robertson (Tomorrowland, The Longest Ride).
Share