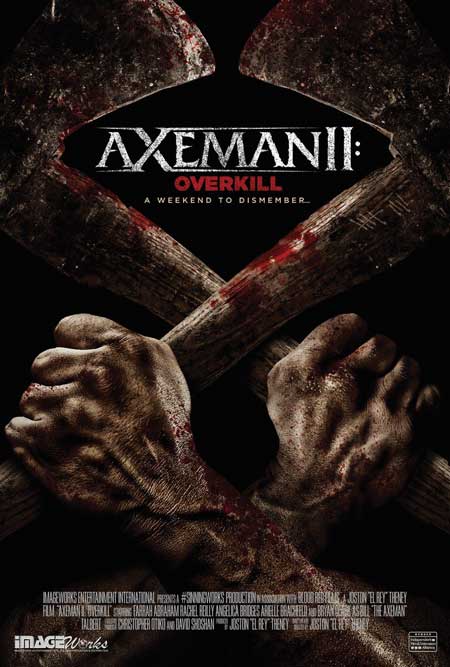 With the production company’s original AXEMAN film lauded by many reviewers and critics as “THE film to see in 2014!” (HorrorHoney.net) and as a film that “Just may restore your faith in indie, ‘chop ’em up’ features!” (NerdRemix.com), #SINNINGWORKS is serving up it’s next installment of the horror franchise starring Farrah Abraham (MTV “Teen Mom”), Angelica Bridges (“Baywatch”), Rachel Reilly (CBS’ “Big Brother”) and Bryan Clark (WCW/WWE “Wrath” & “Adam Bomb”) in the third quarter of 2016. An official announcement from the distributor is expected soon.

In anticipation of the release, filmmaker Joston “El Rey” Theney moves forward with unleashing all new production stills and behind-the-scenes videos, culminating in a worldwide #SINNINGWORKS release of the AXEMAN II: OVERKILL trailer in February. When asked of the hold-up in the release of the film, Theney had this to say: “We really wanted to do this film, it’s fans and the genre the justice they deserve. We wanted to make sure this time around we had distributors and partners that not only had the bottom line in mind, but also the best interests of the fans and the genre in general. It was way too difficult last time to find out when, where and how to see AXEMAN. That was a problem we didn’t want to repeat. Not for #TeamAxeman. So we went into distribution with a plan and a plan that the distributor had to be open to.”

On his plans to release the trailer himself: “Well, I’ve been sitting on the trailer for over a year. Loyal, die-hard AXEMAN fans have been asking for it. My cast and crew were so awesome and have yet to really see anything from this film – it’s been killing me. They’ve worked so hard and have seen so little – as a matter of fact, they are viewing these pics and videos being released for the first time just like everyone else.”

The first two stills of the batch feature two returning fan favorites – foul-mouth, daughter-of-privilege DEPUTY DARLENE WHITFIELD (Arielle Brachfeld, THE HAUNTING OF WHALEY HOUSE) and genre-smart, love-struck DARREN COLE (Joston “El Rey” Theney, AXEMAN). Last audiences saw of these two characters, the titular villain’s weapon of choice was coming down into one or both of them. So who gets away and who gets the axe? “Who’s to say either of them get the axe,” El Rey laughs. “Darren has proven himself to be a survivor and Deputy Darlene Whitfield is pretty damn resourceful herself. I think the two of them could figure a way out of the situation… at least the immediate one.”

Can the duo survive another run-in The Axeman? “Darlene, yes, hands down. Darren, the jury’s still out on that one. Look, Darlene is not what she seems. She has darkness in her. You can see it in the production stills. But Darren, as Darlene would say, is softer than baby shit,” Theney says, laughing. “Darren is a survivor. He’s learned that standing up, even with all that anger he had, just isn’t effective. So maybe running should be his plan B, C, D and Z.”

The third and fourth stills gets up close and personal with BILL “THE AXEMAN” TALBERT played by WCW/WWE superstar Bryan Clark aka “WRATH” aka “ADAM BOMB” who replaces Scot Pollard as the titular character. When asked what Bryan Clark brings to an already beloved villain, Joston replied confidently, “Fear. He is big. Strong. And scary. He instills fear in you from the first moment he steps on screen. It doesn’t get much better than Big Bryan Clark as Bill ‘The Axeman’ Talbert.”

With murderous bank-robbers, a town full of revenge-seeking vigilantes and crazed Evangelical Christians in the next installment, is it possible that The Axeman might be in over his head? “Absolutely not,” Theney exclaims. “He’s a legend-killer. The Axeman is the legend that kills all legends. And in this installment, he definitely helps the film live up to it’s title: Overkill. With the highest body count you’ll find in a retro-slasher – upwards of 25 to 30 – most of them bank-robbers, vigilantes and crazed Christians, The Axeman is the real deal. And those guys end up on a pile of mangled meat, just like the rest.” 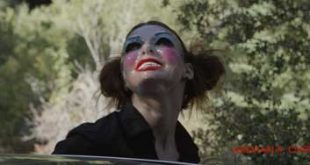