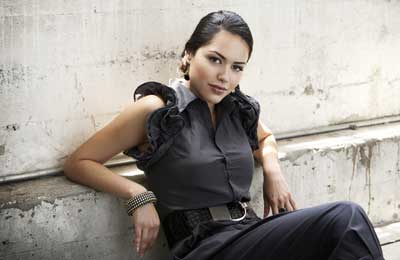 Alyssa Diaz (RedDawn 2011) has joined the cast of “Shark Night 3-D” from Incentive Filmed Entertainment. Diaz will play ‘Maya Valdez’ in the film about a group of friends spending a weekend at a lake house in Louisiana’s Gulf Area until the weekend becomes a hellish nightmare of shark attacks, unheard of in freshwater lakes. The film, which begins shooting in Shreveport, Louisianna next week, is directed by David Ellis (The Final Destination, Cellular and Snakes on a Plane) and written by Will Hayes and Jesse Studenberg. Diaz is repped by ABA Talent and manager Theo Swerissen.