From the network that delivered the first-ever live televised exorcism last fall, comes an all-new series this March that stretches the limits of paranormal investigation.

Destination America’s six-part series PARANORMAL LOCKDOWN, hosted by paranormal all-star Nick Groff and co-hosted by seasoned ghost hunter Katrina Weidman, follows the two as they confine themselves in America’s most terrifying places for an unprecedented 72 hours straight. Living at haunted locations, many of which have never before been seen on television, some being investigated for the first time ever, Groff and Weidman believe that the longer they stay, the more the spirits will communicate with them and the more information they can gather about the unknown. From the creepy Kreischer Mansion on Staten Island to the foreboding Franklin Castle in Cleveland, PARANORMAL LOCKDOWN is set to premiere on Friday, March 4 at 10/9c exclusively on Destination America.

“As valued fixtures of the paranormal community, Nick and Katrina have years of thrilling investigation under their belts and join the Destination America family with huge support from their fans,” said Jane Latman, general manager of Destination America. “Overnight explorations are a staple of ghost hunting, but PARANORMAL LOCKDOWN supersizes the suspense in a round-the-clock, multi-day investigation that has never been conducted before on a paranormal TV series.”

“Living with the dead was a whole new experience for me and Katrina, giving us the opportunity to  document some incredibly enticing evidence about the afterlife that we can’t wait to reveal to PARANORMAL LOCKDOWN’s viewers,” said host and executive producer Nick Groff.

For Destination America, Groff previously executive produced GHOST STALKERS in 2014 and appeared in EXORCISM: LIVE! this past Halloween to share his experience investigating the original Exorcist house. PARANORMAL LOCKDOWN will mark Groff’s debut as host of a Destination America original series. 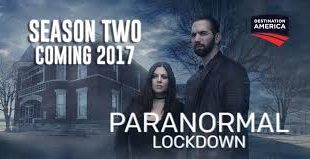 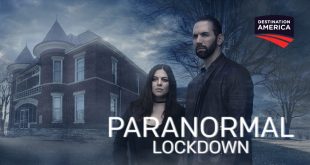