Home | Great Party, Isn’t It? Ring in the New Year with Jack, Shelley and THE SHINING

Great Party, Isn’t It? Ring in the New Year with Jack, Shelley and THE SHINING 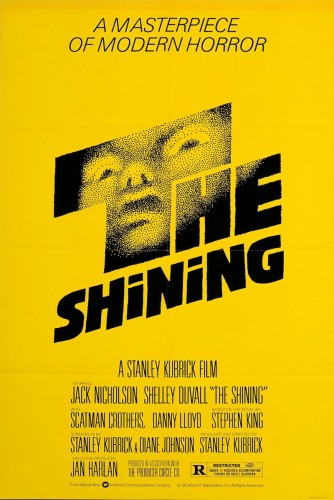 Stanley Kubrick’s 1980 film The Shining, which stars Jack Nicholson, Shelley Duvall, Scatman Crothers, Danny Lloyd, Joe Turkel, and Barry Nelson, will be screened at the Nitehawk Cinema in Brooklyn, NY. Based upon Stephen King’s novel of the same name, the 146-minute film will be screened on Friday, January 1st, 2016 at 12:10 am (ten minutes after the New Year is rung in), and on Saturday, January 2nd at 12:10 am. This is a Digital Cinema Package (DCP) presentation, not 35mm.

Get cabin fever this winter at Nitehawk! Stanley Kubrick’s filmic version of Stephen King’s novel The Shining is the most beautiful mash up of terror that includes architecture, madness, a time/space collapse, and surreal imagery. The Shining takes place essentially in one place, The Overlook Hotel, that Jack Torrance (starring Here’s Johnny! Jack Nicholson) shares with his wife and psychic son as caretakers for the winter. It doesn’t take long for the hotel to consume his thoughts and propel him to do the unthinkable…murder his family.

The Nitehawk Cinema is located at 136 Metropolitan Avenue, Brooklyn, NY 11249. The website is www.nitehawkcinema.com

Below is an interesting mock-up if The Shining were an R. L. Stine Goosebumps book. Happy New Year! 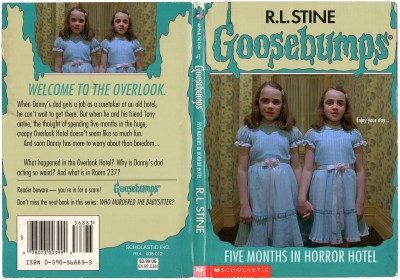