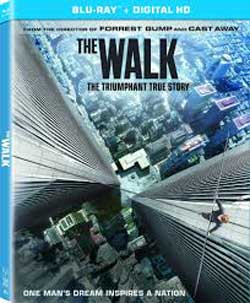 In 1974, high-wire artist Philippe Petit recruits a team of people to help him realize his dream: to walk the immense void between the World Trade Center towers.

I can’t think of alot of things in life scarier than trying to walk across the Twin Towers on a wire. In this 2015 film starring Joseph Gordon-Levitt as the French high wire artist Philippe Petit, we not only get the full story, but some hair-raising camera views that almost make you feel like you are right there with him. “The Walk” directed by Robert Zemeckis is a charming, feel-good style of film that most definitely wanted to explain the journey “getting there “as much as the event itself. We get the full life story of our focal person Philippe Petit told in a “sometimes comedic” biographical presentation.

The event itself is well known as the one of the most daring wire walking achievements ever to be attempted and survived. Petit, a French entertainer all his life, is someone who’s determination leads him up to this very event on August 7, 1974. The event is historically noted as a portion of these former Twin towers which were destroyed in 9/11. Though that is not the intention of this film, it is a subtle nod to the legacy of this buildings and one of its many worthy events that precede it.

It’s no spoiler to say that Petit attempted, achieved, and survived this otherwise impossible task set before him. What is more entertaining is the group of accomplices and planning that went into performing this otherwise illegal act (while also becoming a permanent fixture to New York’s history. The segments leading up it are entertaining, informational and intriguing.

I must say I never understood how they actually got the wire across the 2 towers to begin with prior to this. Though it also a tribute to Petit’s determination and skill that emerged from his street performing younger years. A simple picture of the Twin Towers sparks an agenda that leads him from Paris to New York in this life mission that has Petit wanting to cross the building without wearing a safety line. Philippe meets a love interest street-performer Annie (Charlotte Le Bon ) who supports his efforts along the way. Though it’s not long before this daring performer also manages to peak the interest of some supporting locals who help him pull off the effort by getting the materials into the building and on the roof.

Joseph Gordon-Levitt approaches his roll both light-hearted and obsessive making it a performance simply fun to watch. The accent some-times feel forced, however none-the-less is fine for the purpose of the story.

Director Robert Zemeckis adds a stylized flair to the film often placing actor Joseph Gordon-Levitt as the self narrating host of his character’s life events.

Ben Kingsley comes to the table with a natural feeling portrayal of mentor Papa Rudy, a high-wire artist himself and inspiration for Petit.

“The Walk” is a must-see for the simple fact that it manages to add alot of genre elements to its re-telling. You can almost imagine heist-style scenarios as we watch the group take on new challenges. The characters are fresh, supportive, and seemingly dedicated to Petit’s ambition. Petit who is portrayed as obsessive does so in a passionate way rather than intrusive or egotistically. By the end of the film, we understand what Petit did and why he did it. The city of New York responds with the utmost respect despite his unlawful “hi-jinx”.

It’s worthy to note that actor Joseph Gordon-Levit trained with Petit in preparation of this film. Joseph Gordon-Levit was able to perform many of the high wire acts on his own against a green sound stage that contained a wire suspended 12 feet. This was combined with a stunt double who performed the more difficult moves. 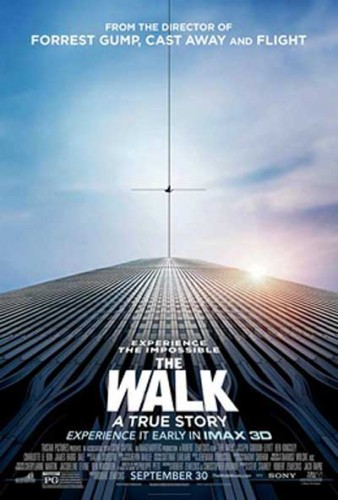 “The Walk” was well received by critics and box office draws making it a an overall successful piece of cinema that offers a different t kind of story we don’t see as often. The cinematography was impressive enough that it felt a little too real for comfort at times while being important tot he characters emotional direction. A film worth a good night viewing, “The Walk” is certainly a step in the right direction.