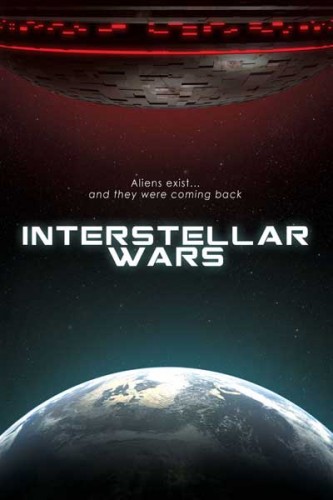 Beyond the dark side of the moon, an ancient portal opens, bringing the return of a ruthless alien species to the ill-prepared planet Earth. The aliens attack with devastating destruction, bringing society quickly to it’s knees. From deep with a secret government facility, a group of military scientist, led by Bruce Kramer, work to find a way to combat the alien threat, both in the skies, and within the population as hope for the human race seems to be crumbling around them. But, Bruce has more on the line as both of his daughters are inadvertently caught up in this war, and their safety is in his hands. As if the situation could not get any worse, people who have come into contact with the alien ships are turning into blood-thirsty zombies, controlled by the aliens, with the single-minded purpose of killing any human they find in order to eradicate the species.

Interstellar Wars was directed by the beautiful and talented Marlene Mc’Cohen. Marlene has made guest apperences in FX “It’s Always Sunny in Philidelphia” and is known for her work in horror feature films such as “Alice in Murderland”, “Aliens vs. Avatars” and “Lizzy Bordon’s Revenge”.