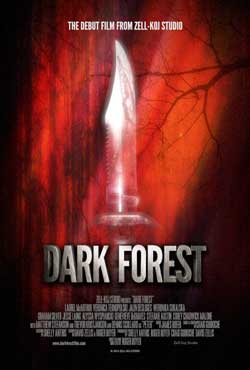 A weekend camping trip turns into a fight for survival.

Slasher movies and foreboding forests go together like cookies and milk, Ren and Stimpy, Kanye West and an oversized ego. You literally can’t separate the two. Try to do so and you’re simply spitting in the wind. And we all know that the extra spice needed for any woodland based terror, is oversexed 20 somethings with more looks than sense. Ladies and gentlemen, if these tiny morsels of description have you chomping at the bit, then please allow me to introduce Dark Forest.

In this independent Canadian horror, a group of women go off into the woods to have a girly weekend. For one of them though, Emily (Laurel McArthur), the trip is about something much more than drinking beer, sharing sex stories and frolicking in bikinis in knee high water – which literally happens by the way. No, for Emily is in an abusive relationship with Peter (Dennis Scullard), whose quieting menace keeps her locked away from the outside world. Having decided enough is enough, Emily finally musters up the courage to run away from her abusive partner and join her friends for the aforementioned frolicking and beers. If this was any other film, we could probably wave goodbye as one, wish Emily well as she sets sail over the horizon to a life free of bullying and violence, and then perhaps ponder on why life is so gosh darn brilliant. However, this is not that kind of film. 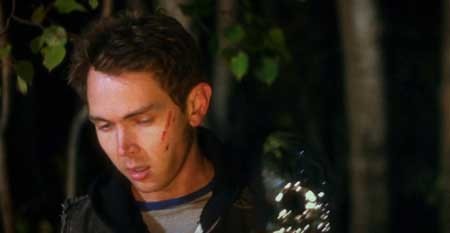 Feeling humiliated, Peter becomes enraged and, goaded on by his friends, decides to follow Emily and her friends in the woods to make an example of her. His friends seems pretty keen on the idea of wearing masks and jumping out of the bushes, but when Peter violently stabs one of them to death, it becomes apparent he has another plan in mind. 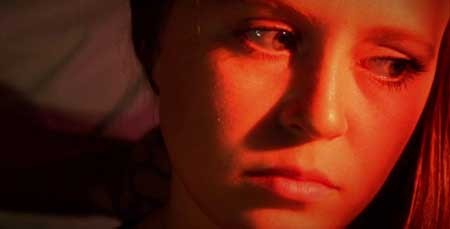 Scullard initially plays with a fierce bottled up intensity; A subtle suggestion that violence pulsates through his body. Once Emily escapes his clutches though, Scullard puts his foot down and forgets where the brakes are. Prowling through the forest, Peter hacks and slashes at anyone that, presumably, he feels is standing in the way of him getting to Emily. And I really do mean anyone. Like Charlie’s Farm, which brought in some last minute characters to pad out the body count, Dark Forest introduces us to several characters who Emily and her friends will never meet, but will eventually found themselves at the wrong end of Peter’s homicidal rage.

And that’s where things fall down for Dark Forest. Don’t get me wrong. Slashers need those extra bags of interchangeable meat for the antagonist to slash through, it’s why God gave us camp sites. However, Dark Forest spends an extended amount of time with its second batch of nubile flesh, getting into their psyches and laying out backstories and relationships that, come the cold embrace of death, are ultimately futile. A bit like real in that regards. The point is, by doing nothing with these extra characters or trying to relate them to Emily means we care even less for them then perhaps we would have if they were faceless automatons reliving some Cabin in the Woods existence. Spending this much time with secondary characters is even more criminal when you consider that the film is a little over 70 minutes.

That said, once Dark Forest finally lets Peter off his leash, those wanting bloodshed and scares will not be disappointed. For a film with such a low a budget, Dark Forest manages to execute some good old scares. If you’ll excuse the pun. Kudos must also be given to the soundtrack which echoes recent thrillers, such as It Follows, by utilizing heavy synthes and on point rap songs to give the whole piece of work an 80s/early 90s pastiche feel.

Suffering from pacing problems, but getting by on the strength of its central performances, Dark Forest is Sleeping with the Enemy meets Friday the 13th. It may not make a lot of sense, but you’re liable to have some fun if you’re in the right mood. 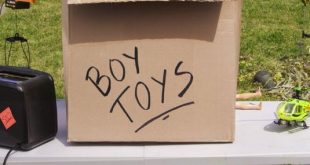 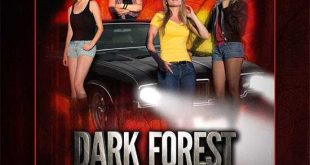 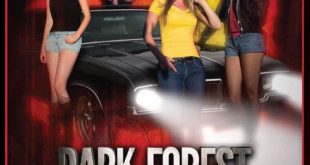