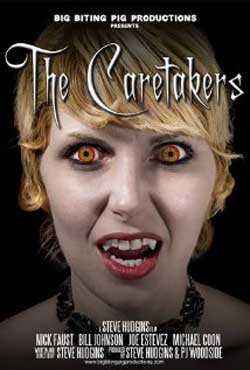 A supreme vampire’s caretaker is in the process of mentoring two new apprentices, while Rachel, a newly created hybrid vampire, and her inexperienced caretaker blunder through victim after victim, drawing attention to themselves. Fearing she will be caught up in the unwanted attention, the vampire searches for Rachel to keep the hybrid’s recklessness from drawing attention back to herself. Meanwhile, a team of vampire hunters and her father are searching for Rachel as well. Who will find her first?

At its roots, The Caretakers is the story of Catherine, a “pure line” vampire, and her caretaker, Jack. The film has its own, unique conception of the history of vampires, which I found interesting. A “pure line” vampire comes from parents that were both 100% vampires. Their fangs are used to inject a toxin into their victims. The toxin treats their food’s blood to make it more compatible for the vampire, a process which takes 12 hours. In other words, they can’t bite their victims and immediately drink their blood. Instead, they bite/inject them and sedate them for 12 hours before feeding. There is even a network of families that supply these vampires with food in return for vast improvements in their quality of life. 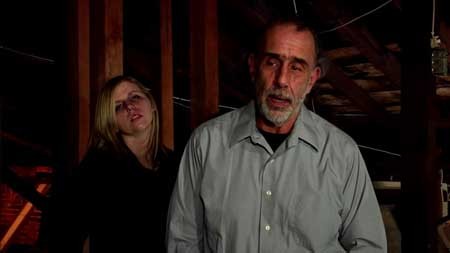 Jack, played by Nick Faust, has been with Catherine, played by April Jennings, since he was a young man and his caretaker mentor has just died. Catherine informs him that he must now mentor new caretakers, just as he was mentored. His new trainees are a father-daughter team, Scott (Kenneth R. Root) and Jodi (Lucy Turner), who are indebted to Catherine for saving them from the serial killer who killed their wife and mother.

We also meet Rachel, a hybrid vampire, and Jimmy, her ersatz caretaker. Rachel (Brittney Saylor) was captured and treated by Catherine by mistake. Jimmy (Michael Coon), who’s always had a crush on Rachel, helps her escape from Catherine, and then helps her satisfy her newly acquired hunger for blood. In the films mythology, hybrids have the fangs but not the toxin and must feed on people with the same blood type as theirs. At first, Jimmy performs the selection and killing of their victims, but his hit or miss method at finding the correct blood type is random at best, and only about half of his kills are suitable food for Rachel. Another characteristic of hybrids is that as time goes on and their hunger becomes more dominant, they turn more and more animalistic and erratic. Pure line vampires like to keep a low profile and are very cautious, so Rachel’s growing recklessness does not sit well with Catherine. In an effort to put an end to their blundering before it can lead back to her, the vampire hunts the hybrid and Jimmy. 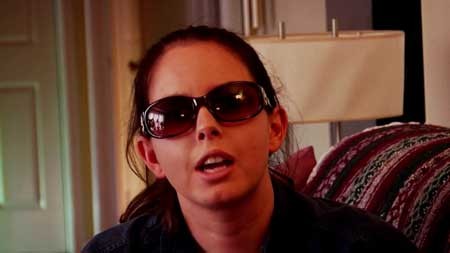 At the same time, Rachel’s father, played by Bill Johnson, has hired Parker (Joe Estevez) to help him find his daughter. Parker enlists a pair of experienced vampire hunters, played by Steve Hudgins and Jessica Dockrey, to help rescue Rachel. 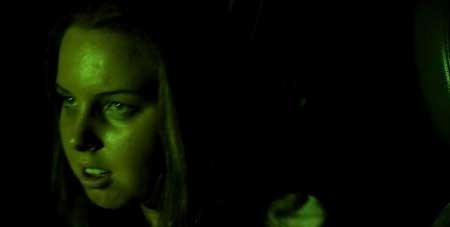 The Caretakers, written and directed by Steve Hudgins, was a pleasant surprise in almost all regards. I think one of its biggest strengths was the script. It had a unique twist on the standard vampire legend that still explained the “rules” of the traditional mythology. The plot was also complex enough to hold my interest and was told and edited in such a way to even demand my interest … in a good way. This isn’t a “do something else while watching” movie. If you do, you’ll miss plot queues and segues between storylines and you might end up thinking it’s a complete mashup. And unlike a lot of films I’ve seen lately, the dialogue actually sounded like the words people would say. 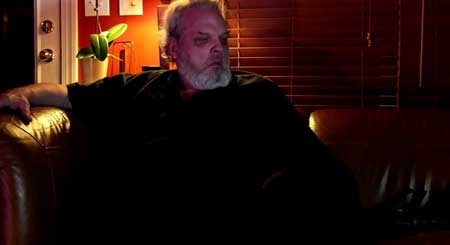 Most of the acting fit the bill as well. Nick Faust did an excellent job portraying Jack, a man weary of his job and his life, but not sure if he has it in him to make a change. Michael Coon was very believable as Jimmy, as he went from Rachel’s shy follower to a frenzied murderer to a frustrated and frantic sycophant. You’ll probably recognize Joe Estevez, who turned in his usual professional performance. And I would be remiss if I didn’t mention Bill Johnson, who you may remember as Leatherface/Bubba in Texas Chainsaw Massacre 2. He does a solid job as Rachel’s father. Finally, I was particularly taken with Lucy Turner’s portrayal of Jodi, the teenage apprentice caretaker. Even though she only had one line, she exuded a certain charisma that really came through on screen. 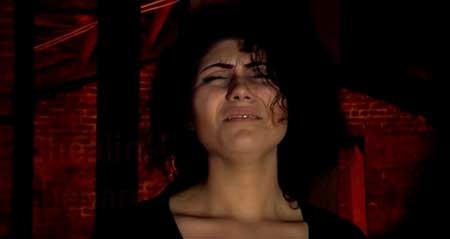 The Caretakers comes from Steve Hudgin’s and PJ Woodside’s Big Biting Pig Productions, which specializes in low budget thriller and horror movies. Make no mistake about it, you can tell The Caretakers is a low budget effort. However, I would recommend it if for no other reason than the script. And I intend to check out some of their other movies to see what else the Big Biting Pig has up its snout. 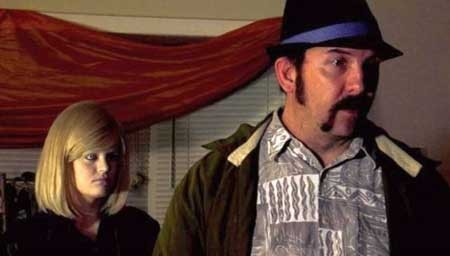 I give The Caretakers a 3 out of 5 pure line vampires. But that’s just me.