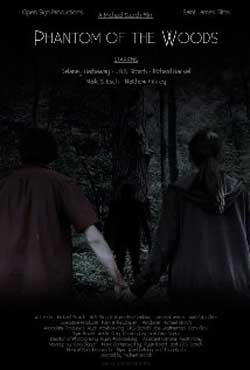 When two emotionally disturbed teenagers feel they’re at their limit in terms of coping a very ominous nightmare is presented within the very woods that surround them. As the mysterious death toll rises so does their fear and their very survival is threatened against the Phantom of The Woods.

The Phantom of The Woods has all the components for a sound, gripping psychological horror to whet the appetite of fans of a great magnitude. With an undeniable independent aura, the shoestring budget does little to hamper the ultimate impact of the production. A low budget scream flick by my recollection could have been far worse and for the most part Storch’s directional endeavor is an overall well received entertainment experience.

Granted the premise of Phantom of The Woods is far from original. Arguably the whole, “don’t go in the woods” shtick has been done to death but somehow this presentation manages to bring forth a little something different to the table and manages to stand alone as an effective story telling prowess that is a cut completely unlike any other barren forest type fanfare.

Some trippy, ethereal slow motion sequences are deployed and well utilized from the cinematography perspective. The scenes manage to burrow within our psyche, epitomizing the maximum psychological terror. Storch seems to have a firm grasp on what scares you and often the scenes are depicted in harnessing no so much what we’re bludgeoned over the head with but what we do not see. This really is effective horror 101 when the imagination is exploited and we fill in the blanks of what lurks in the shadows. For this sole premise alone, Phantom of The Woods is a film that will resonate with viewers long after the final credits and may even seep into the subconscious come retirement at the end of a long day.

The shadow people is an effective symbolism into fear and a direct manifestation of the horror that are repressed deep within our main protagonists. Their collective fears are conjured and burst free the flood gates of the borders between imagination, subconscious and reality. 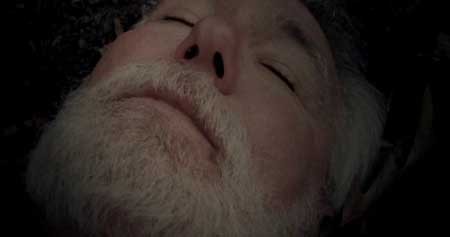 Simultaneous subplots for each of the protagonists eventually are interwoven and makes for a stylistic approach to the story telling process. We as the audience are not burdened and threatened with boredom upon one individual character’s plight. Instead the story shifts from one protagonist to the next presenting some variety while the plot continues to heighten, forever accentuating the suspense factors.

Commendable nods must be given to the sound effects and special effects departments exclusively. For a film relying mostly upon audience contribution for production, the end result is not indicative of a limited budget. Each of the necessary variables are utilized to their full potential, maximizing the fear factor for even the most unassuming of audiences. As a result the scare scenes are full throttled and depict a tangible fear in an abstract context.

For the most part the acting is above sub-par but one cannot be suspect that perhaps this is the inaugural theatrical experience for much of the cast. The performances somehow don’t come across as jilted and are believable, a rarity in its own right for an independent production. The characters are relatable and translate well with a contemporary audience without alienating any of the potentially older audience members. A certain classic feel is portrayed and no question this production will have great shelf life in terms of longevity for future generations.

I was especially fond of the plot twists where hallucinations are used to convey some of the characters deepest darkest fears. The psyche is a powerful thing that most, if not all of us can relate to. Conveying these images unto the big screen will impact a very large audience regardless of demographic.

Granted there are some that will attempt to rain on the parade of Phantom of The Woods as its obvious any film maker cannot please one and all. As the old adage goes you can please some of the people some of the time but none of the people all of the time. For fans of survival horror with a supernatural twist, clear crisp cinematography and a plot with an original twist than a firm recommendation to flock to Phantom of the Woods is in order.