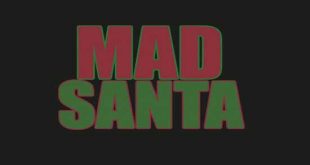 REVIEW: More short films, kiddies! Today we have MAD SANTA, written and directed by Bruce Blain. Being a mall santa is hard work. Its a cut throat industry and its hard to get your foot in the door. All these people who hire mall santas are just so…picky. Our hero (played by Bruce Blain) doesn’t take well to being locked …