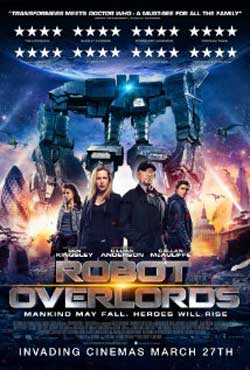 Alien Robots have taken over the world while most adults cower in their homes and follow orders. A plucky band of teens accidentally discover a low tech countermeasure to the Robots’ control and vengeance is theirs!

The story starts 3 years after the Robots invaded and conquered the Earth in a war that lasted eleven days. In a strange introduction to the film, a very creepy Robot man-child, who we later learn is known as Mediator 452, explains to us that it is Day 1,264 of the Robot Empire’s occupation of Earth. The Robot Empire’s goal is to explore all sentient thought in the universe. It also explains that they mean humans no harm and that when their study of humanity is complete, they will leave and never return. The one rule that MUST be obeyed is to stay indoors. Everyone has a glowing blue disc implant in their skull, located just behind the right ear, which is used by the Robots to track their whereabouts and maintain control. And by the way, there is no need to worry, because, “Robots never lie.” 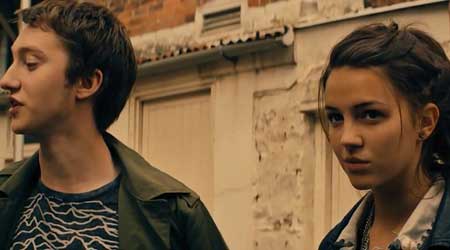 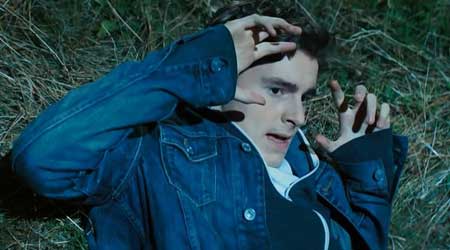 The movie focuses on teenager Sean Flynn’s search for his missing father. Sean’s father, Danny, is played by Steven Mackintosh, who you may recognize from the British detective series, Luther. Sean is aided in his quest by three orphans – Alexandra, Nathan, and Connor – taken in by his mother, who is played by Gillian Anderson. While trying to repair a PlayStation powered by a car battery, Nathan is electrocuted and the force of the shock propels him across the room. They soon discover that the electric charge has disabled Nathan’s implant. After they each intentionally apply the same shock to themselves and disable their implants, they are free to roam outdoors without detection and head out to find Sean’s father. 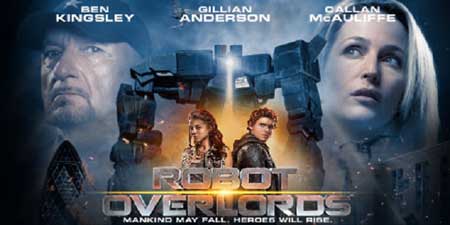 Working against them are the collaborators. Officially, the Humans working with the Robots are referred to as members of the Volunteer Corps. Unofficially, other “Citizens” refer to them as collaborators. The main collaborator opposing the band of teens is Zone Chief Smythe, a thoroughly despicable and immoral character, ably portrayed by Ben Kingsley. The Robots have promised Smythe 100 square miles of land on Cradle Mountain in Tasmania as a reward for his excellent work. Since Smythe has killed his son and wife in his role as a collaborator, he plans to woo or, failing that, coerce Sean’s mother to live with him in Tasmania. Sean finding his father doesn’t fit with Smythe’s plans so Smythe plots against him at every turn

The Robots take the form of drones, 50-foot anthropomorphic robots, and “spiders” – mobile and extremely agile gun stations. Different geographic sectors are controlled by giant cubes held aloft by rockets in each corner. The expressionless and creepy Mediator 452, played by Craig Garner, is a key connection in the Robots’ network and directs the work of the humans working for the Robots. 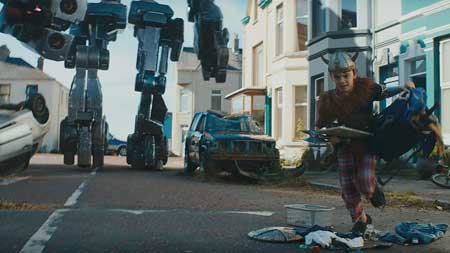 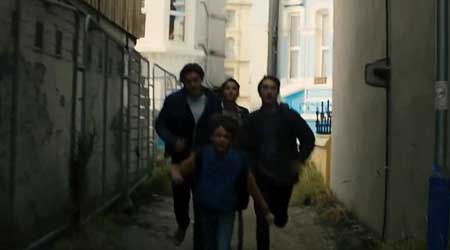 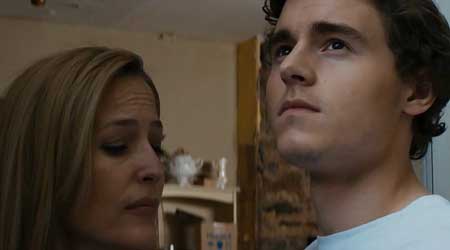 The adult cast of this film are all excellent actors but don’t really need to stretch to play the universally one dimensional characters. The younger actors who play Sean, Alexandra, Nathan, and Connor – Callan McAuliffe, Ella Hunt, James Tarpey, and Milo Parker respectively – all do a credible job with Milo Parker being the standout of the group.

Things I really liked about this film? First, Gillian Anderson. Second, at one point, a WW2 Spitfire is used as an effective weapon against the Robots since it had no computers and therefore could not be controlled by the Robots. Never mind the huge logical hole in the plot to justify why they weren’t used to defeat the Robots in the first place. It was still cool! Third, did I mention Gillian Anderson? The scene where she escapes from a castle on horseback and rides like the wind down the beach was something to behold.

One of the most surprising aspects of this movie is that it is co-written and directed by Jon Wright who also directed Grabbers (2012), a movie I particularly like and which bears no resemblance whatsoever to Robot Overlords.

Tempo Productions, the film’s production company, is shooting for a multimedia extravaganza including a movie trilogy, a TV series, a book based on the movie, and a mobile game app based on the movies. Robot Warlords has been announced as the second entry in the Robot Overlords trilogy and is “in development” with a 2016 release according to the production company’s website. In May 2015, a TV spin-off was also announced in a deal with Buccaneer Media. Nobody has said anything about who the cast might be. I find it strange that a film with questionable box office success and mixed reviews would have both a trilogy and TV series in development. I can’t find any further information so it’s only a guess, but maybe the TV series is replacing the theater trilogy. 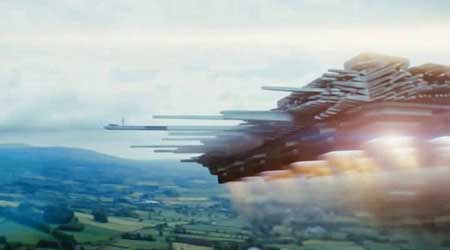 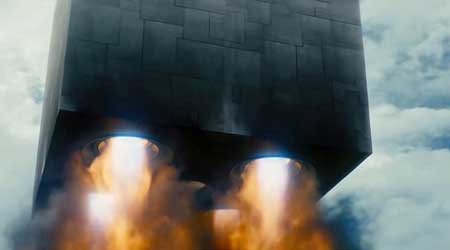 Robot Overlords may well be British cinema’s attempt to create its own young adult series, à la Hunger Games, Divergent, and Maze Runner. Considering the story and the lack of character development, the film seems targeted to a pre-teen / young teen audience. If that’s true, that demographic group could handle much more. But maybe that’s what’s in store in the rest of the trilogy.

For the early teen, preteen audience, I give Robot Overlords a rating of 3 on a scale of 5. For adults, there is nothing new here and it’s been done better elsewhere. I can’t go higher than 2, unless you’re a Gillian Anderson fan(atic) like me. Then you don’t want to miss the thrilling horseback ride!

But, that’s just me.