CHICAGO, June 29, 2015 — The new fiction release from Bram Stoker Award®-nominated author John F.D. Taff, THE SUNKEN CATHEDRAL, takes readers on one man’s harrowing life-long journey of self-awareness that leads through a darkly emotional place—the world of institutional abuse as seen through the eyes of a child.

THE SUNKEN CATHEDRAL is the highly anticipated work of dark fiction by Taff that explores the controversial topics of mental and sexual abuse in a manner that has rarely been attempted within the framework of fiction, and the book features an equally controversial foreword by the Bram Stoker Award-nominated author of THE BIRD BOX, Josh Malerman.

“This book was a difficult one to write—as I suspect it will be to read, filled with topics most people don’t like to acknowledge, much less talk about,” said Taff.  “But, as the story shows, acknowledging these types of pain can lead to a powerful sense of redemption.”

Exploring polarizing themes that have been the subject of worldwide headlines for decades, THE SUNKEN CATHEDRAL delicately handles the concepts of betrayal, loss of childhood innocence, mental and physical abuse, and ultimate redemption in a manner that is both horrendously uncomfortable and beautifully moving.

“THE SUNKEN CATHEDRAL is a book unlike any you will ever read,” said Anthony Rivera, Grey Matter Press publisher and editor. “It’s a deeply moving and touching account of how one man who, as a child, experiences a very personal tragedy that haunts him throughout his lifetime.”

In THE SUNKEN CATHEDRAL, Taff underscores his innate ability to communicate moments of profound, personal anguish with an intricate and nuanced writing style that allows him to effectively broach the highly charged concepts that are covered in the book.

“This book is likely to shock many readers, and it will most definitely transcend the currently accepted definition of what we consider dark fiction,” said Rivera. “THE SUNKEN CATHEDRAL is such an important book and a powerful read that I expect to be a catalyst for emotional healing for those thousands of victims and families who’ve suffered abuse at the hands of those they’ve trusted.”

To be released worldwide on August 4, 2015, THE SUNKEN CATHEDRAL, continues to highlight Taff’s ability to seamlessly weave together elements of personal realism, real-life horror, tragedy and suspense.

“I am immensely proud of this piece and with Grey Matter Press’ bravery in bringing it to readers,” said Taff.  “In the end, I hope the story resonates with people and helps those going through these types of problems see that there is hope at the end.”

The Chicago-based publisher of THE SUNKEN CATHEDRAL, Grey Matter Press, also unveiled the cover art for the book that features the imagery of a moldering hand on a stark white background.

THE SUNKEN CATHEDRAL is the author’s follow up to his Bram Stoker Award®-nominated THE END IN ALL BEGINNINGS, published in September 2014 also by Grey Matter Press. Upon its release, THE SUNKEN CATHEDRAL will be available at bookstores worldwide in trade paperback and all common digital formats.

More information about John F.D. Taff is available at www.johnfdtaff.com.

More information about Grey Matter Press is available at www.greymatterpress.com. 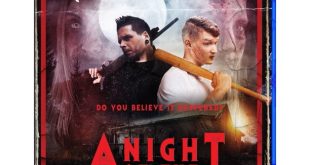