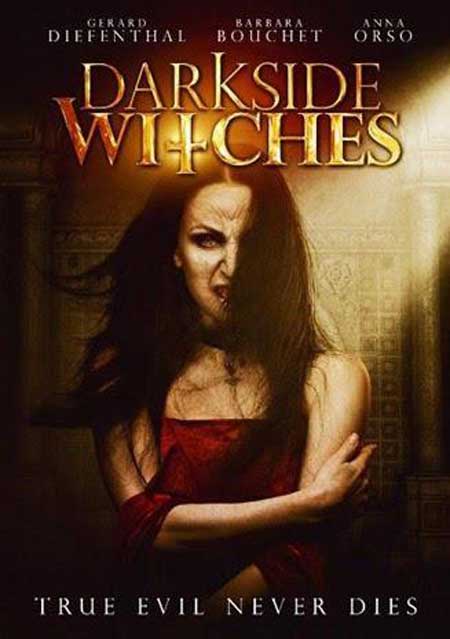 In 1589, six innocent women were accused from the inquisition of witchery in the small ligurian mountain. Now in present times, their vengeful desire lives on in 6 new witches, ready to make the men of the town pay… with their lives. (source: IMDB and me)

Like your spaghetti-horrors all schlocky and old skool-like? Enjoy almost soft core P*rn mixed with horror? Like non-sequiturs to be in abundance? Cat! Like your film to have a daytime soap look and feel? Then Darkside Witches is for you. An Italian film dubbed in English, this extremely low budget affair does a good job at being craptastic in pretty much every conceivable way. 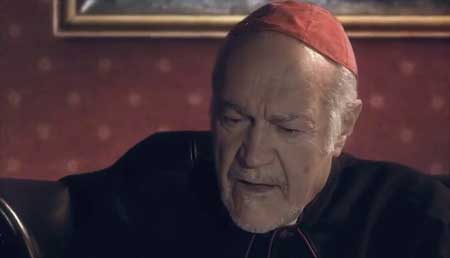 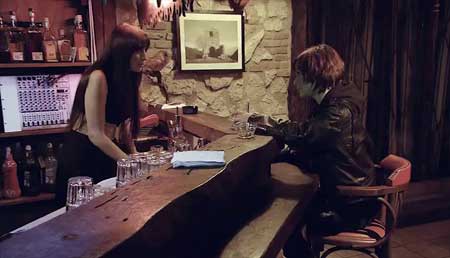 The film begins with a lady jogging in the woods. She is chased by a dog-beast and a flying demon for some reason we never find out. The lady’s top magically rips to reveal her breasts then the flying demon rips her heart out. We are then taken back to the past where 6 witches are burned at the stake, their souls shooting into the sky as their corporal forms cinder.

Back at the present and we are introduced to a number of different characters and the new witches of the town, ready to take over and kill; never ask a witch for a blow-job, your blue vein custard chucker will never be the same again after that! We meet a priest who has a Darkman fetish, his face completely bandaged, and eventually our hero Don Gabriele, an all-round cult fighting machine. 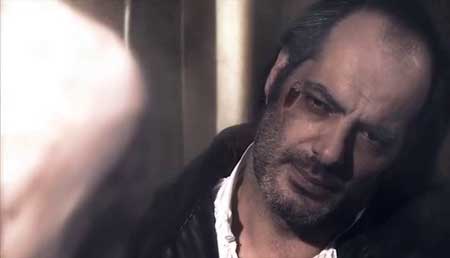 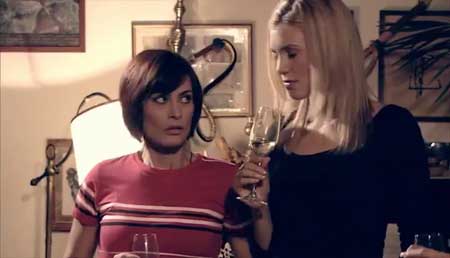 Something about a virgin and ceremony is mentioned, the dog-beast appears in front of police who completely ignore it and never mention its existence again, a scene of Don walking into some garden-like place and being sexually sexed by the witches for some completely unknown reason, a battle royale of green screen proportions between Don and his crew and the witches, and finally the very welcomed end credits.

That was brisk, I know, but nothing I can write does this film justice… that and writing it out in more detail will cause me to lose my sanity as this film is essentially a vomit of scenes Gerard Diefenthal felt would make sense to someone, somewhere… Maybe Kazakhstan… Many scenes happen for no real reason. They don’t forward the story or provide any new information, they just… happen. Our protagonist, Don, shows up half way into the film so before this you aren’t really linked to any one particular character, simply watching the witches killing people for no real reason. I mean, the ceremony they need to do only requires a virgin which they already had so they could have easily just done that straight up… 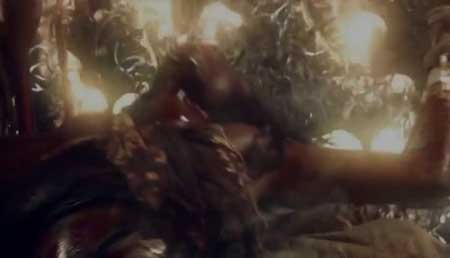 Effects, for such a low budget film, were pretty darn good. There were some laughable attempts which is expected, but I am quite impressed with what was achieved overall. We have giant demons, masticated genitalia, ripped out hearts, slit throats, CGI-tastic dog-beasts and a ton of green screen.

Acting wise, think a day-time soap and you have the same level of camp. It wasn’t totally shit, nor was it Oscar worthy, but it was watchable which is pretty much all you can ask for in low budget affairs such as these.

The story was the biggest letdown of the film. The plot is stock standard so writing a story around that shouldn’t have been as convoluted and muddled as Darkside Witches was. It was like Gerard was sitting on the John and an idea would pop into his head like “What if Don has a dream where he battles a witch, like Freddy Krueger, but shit? He can then grab his crucifix necklace in real life whilst he is dream-struggling and that will magically make him win in his dream? THEN I have him wake up and this scene is never referenced or mentioned ever again?” and then he’d write it into the script because he thought of it. It was a shame as the surrounding components were good enough to make the film entertaining. If only the story was up to standard. I will give kudos for the ending though as it didn’t go the typical route which was a welcomed change. The only downside, there is now potentiality for a sequel to this thing… 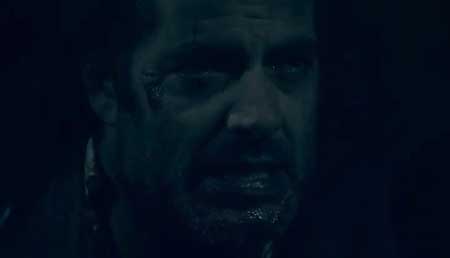 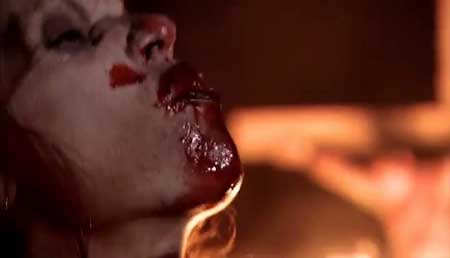 There was potential for some good story to be written. For example, there was a quasi-side story of one witch worried about her daughter being involved in the whole affair, stating that she would not let anyone, even her fellow witches, to harm her daughter. Now that right there would be ripe for conflict and add depth to the story, but it is merely mentioned like how I wrote it then put aside only for the witch to gladly hand her daughter over when required without any fight. Such a shame…

Would I watch this again? Not a chance in hell. Would I recommend this to anyone? Maybe if you have a group of friends at hand ready to laugh at the silliness of the film then yes as you’ll have plenty to laugh about.

1 out of 5 masticated genitalia