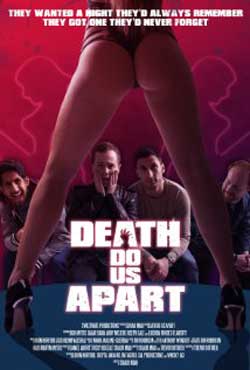 It’s a right of passage for a young man called Jake who has never been out in his life and his friends decide to take him on a trip of a lifetime.

Another short film, kiddies. A really fun one called DEATH DO US APART, from Sweet Mate Productions in the UK.

First off, I have to say a little bit about this production company. It is apparently a film school, and focuses on under-priveleged youth in North London, teaching them the art of filmmaking. They also are involved in many community projects. I can totally dig that. Check out their website at your leisure – www.sweetmateproductions.co.uk/index.html

Meanwhile, back to the film. It starts out simple enough:a virginal young man called Jake (Joseph Gale) is taken out for the ultimate night on the town by his more bar-savvy friends Jake still lives at home with Mum and Dad (Jane Foufas, David Roden) and has never been kissed.

His buddies, however, plan to change all of that. Ash (Sagar Radia), Alex (Josh Meyers), and Tommy (Andy McLeod) have an awesome night planned – out to the strip clubs to find their boy a woman. Alex has even scored some “killer” pills from a lab-working friend. Four men on a quest. What can possibly go wrong? 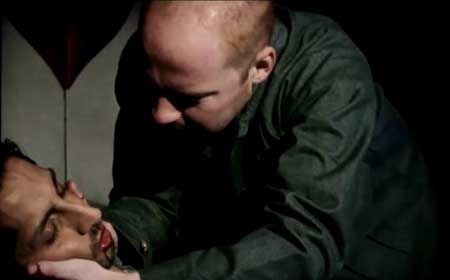 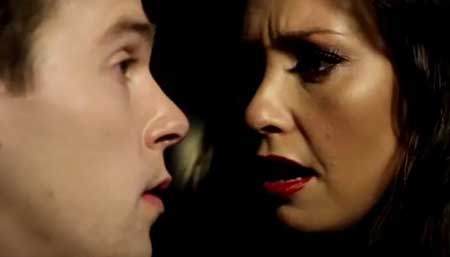 The film spends a few minutes touring the seedier side of London’s red light district, ultimately ending up a bar called the Sunset Strip. Jake’s buddies have been here before, as is obvious from their interactions with the club owner Dex (Wayne Gordon) and the head bouncer Dave (Simon Warner).

Things are apparently going well, but as the night wears on, we start to see a dark turn on the horizon. And boy howdy, do things turn dark.

The visual effects designer for the film is Anthony Wonsoff. You may not recognize the name, but you will recognize his work from films such as V for Vendetta, Batman Begins, Guardians of the Galaxy, Avengers:Age of Ultron and so much more.

And he’s not the only heavy hitter on this project. There is a cameo by executive producer Martin Myers, whose name you might recognize from Treehouse (a film I reviewed not long ago) Gangsters, Guns, and Zombies and, of course, this film.

Jane Foufas appeared in the film version of Mama Mia!

Even the lead stripper Leah, played by Lucinda Rhodes-Flaherty, has a IMDB listing a mile long.

It comes down to this – if you don’t like looking at really attractive strippers, or gore, or have an issue with British accents, then this may not be the film for you. If these things aren’t an issue for you, then you’ll have a pretty good time with this one.

So using my special “short scale” of one to five, five being awesome, I’m giving this film 5 strippers.