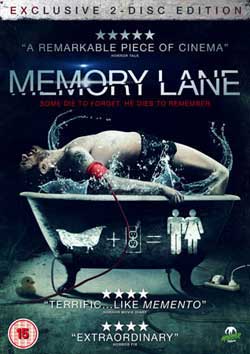 After a soldier returns from action in Afghanistan he struggles to cope with post-traumatic stress disorder. Spotting a young woman about to jump off a bridge while on a jog one night he comes to her aid and talks her down. The two become inseparable until he finds her lifeless body in the bathtub one day. Feeling life isn’t worth living he attempts to take his own life and has visions of what really transpired to the love of his life while in limbo. Brought back to life he realizes his true destiny is to find out what truly happened to her by shocking his heart and bringing himself back to life.

Some die to forget. He dies to remember.

The sentiment of independent films among audiences seem to be as diverse as the subject content in which engages. Far too often we tend to devise preconceived notions that if an extensive amount of revenue isn’t discharged on a production then the quality is going to be effected dramatically. At the same time there is a vast audience that prefers independent productions for their artistic quality and resistance to conform to fat cat corporation mentality in Hollywood. Whether you tend to gravitate towards Indy pictures are have an apprehension is of no consequence where Memory Lane is considered. Director Shawn Holmes unleashes a crowning gem that could easily stand toe to toe where maximum overall impact is concerned against any major Hollywood blockbuster of past or present.

It’s really no major surprise that Shawn Holmes is the youngest nominee in history for the coveted West Virginia Film Maker of The Year.

A man of many hats in midst of the Memory Lane production, Holmes not only produced but directed, integrated special effects and edited as well.

The plot is innovative and refreshing not only in pretense but execution as well. As Nick (Michael Guy Allen) makes the macabre journey into the afterlife and back viewers are fixated on deciphering each of the clues laid forth. Fans of dark fantasy or science-fiction may recognize slight resemblances to the nineties film Flatliners, yet the contrast column far supersedes the comparisons and are far from over indulgent in exploration.

Compelling performances are delivered from the cast all around, once again not at all what one may expect on a shoe string budget. Allen in the role of Nick truly captures the myriad of emotions one must feel from returning from war. Its evident his post-traumatic stress disorder effects his ability to cope accentuating his vulnerability before meeting Kayla M. (Meg Braden). Her presence alone tends to set the tone for the remainder of the picture. With a stealth, almost poetry in motion type grace we’re fixated on her beauty as much as we’re intrigued by her haunting psyche. The character of Kayla tends to exude the façade of every girl your mother warned you about. 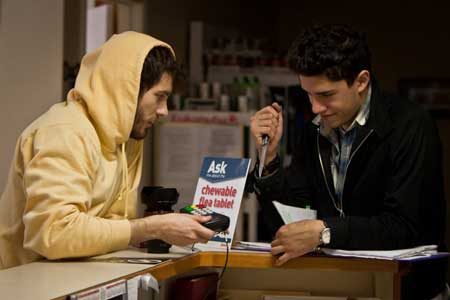 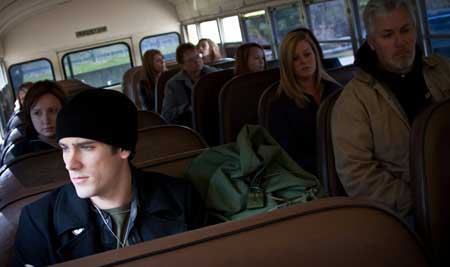 Clues regarding Kayla’s demise are almost elusive in nature. While she appears suicidal at first, whimsical even defiant she speaks in riddles and we’re rendered awestruck by her unpredictable actions. As the nose bleeds increase in frequency and intensity between both Kayla and Nick it raises curiosity in the audiences’ minds of their precise origin.

For a relatively short time frame of approximately seventy minutes a lot of exposition, plot escalation and character development is harnessed. There is a great deal to process and in this case less is most certainly more. Anything precariously close to the two hour mark would deem the film over extravagant and would tarnish the overall impact. Director Holmes does a smashing job of validating Memory Lane making the viewing experience maximized in best bang for your buck so to speak. 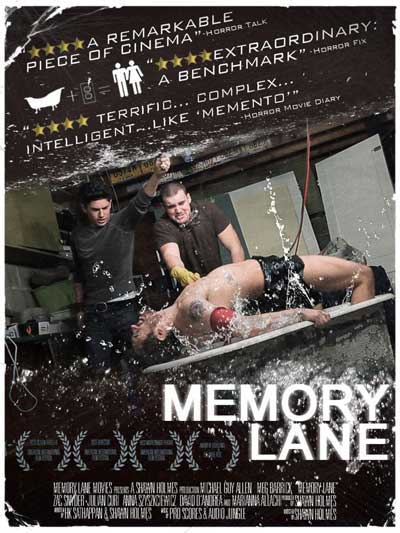 Upon the final act we witness something amiss between Nick and Elliott (Julian Curi) that unleashes chaos and the audience is placed in position to re-examine all of the stimuli unleashed since the initial credits had rolled. It’s admirable to witness a true psychological twister that is no arguing a true thinking man’s film put together on such a modest expenditure. Should director Shawn Holmes continue to produce passionate independent films a cult following will no question formulate and exceed the parameters of demographic into the beyond. Audiences will ponder all of Memory Lane’s complexities unleashed and will inspire groups to discuss this picture long after the final credits. After all isn’t that what any aspiring director vies to do, entertain, captivate and resonate?