Blood And Carpet Brings Back British Black and White b-movies 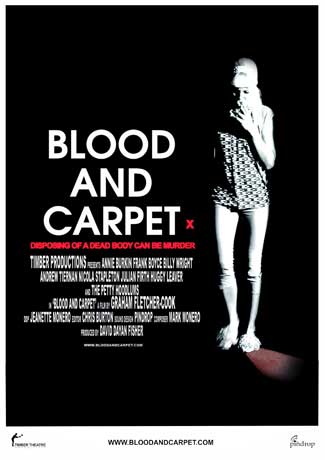 Shot over 2 weeks in London and the South Coast, Blood And Carpet is a 1960’s influenced, kitchen sink, comedy thriller. Directed by Graham Fletcher-Cook and starring Annie Burkin (Zebra Crossing), Billy Wright (Betsy And Leonard) and Frank Boyce (Tony) it features supporting roles from Nicola Stapleton (EastEnders, The Rise Of The Krays) Julian Firth (Scum) and Andrew Tiernan (300, The Pianist). !

London 1967 and Ruby and Lyle have a problem. A dead body in the bathroom. Who it is and why it’s there we do not know. Their immediate issue is to disposal. And to keep any visitors from discovering the evidence. A simple premise, but there is so much that can go wrong. And it probably will in this tale of deception, intrigue, hedonism and steak and kidney. Starring Annie Burkin. Billy Wright. Frank Boyce. Nicola Stapleton. Julian Firth and introducing The Petty Hoodlums.

This unique movie is an homage to old British black and white b-movies. Filmed in monochrome and mixed in mono it marks the feature film directorial debut of Graham Fletcher-Cook. The film was produced by Timber Theatre, a group of actors that have been holding workshops and staging plays for some 20 years. Blood And Carpet was shot over 10 days for a budget of 3 thousand pounds, quite an achievement for a feature film. The locations were Hackney and Hastings with a set piece shot in Camden at The Fiddlers Elbow. Also making their film debut are The Petty Hoodlums a live band at the forefront of the current Mod/60’s revival circuit. 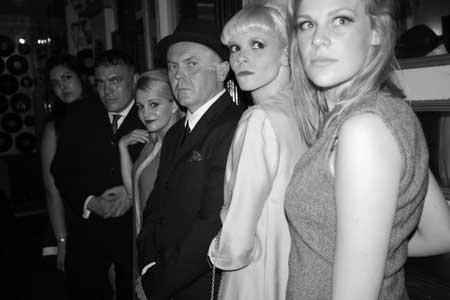