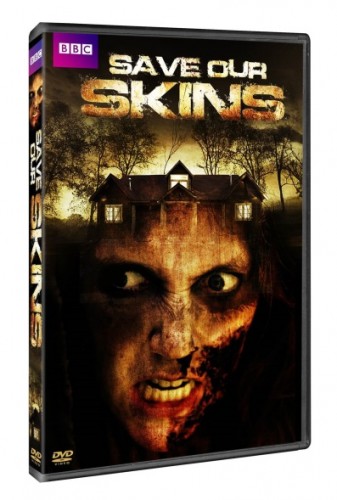 Nat Saunders and Chris Hayward, the minds behind the hilariously depressing internet sensation Misery Bear, make a jaunt into world of sci-fi and horror with the delightfully chilling SOS: Save our Skins, available on DVD on January 20, 2014 from BBC Home Entertainment.

While visiting New York City, British geeks Ben (Saunders) and Stephen (Hayward) wake up one morning to discover they’re completely alone. Their hotel – empty; the city streets – empty; Times Square – empty. And it’s not just New York. All over the world, the people have disappeared. TV stations have gone dark, news sites haven’t been updated, and there’s nothing to explain the disappearance of the human race. Speculating on every possibility from alien invasions to griffin attacks, the ill-equipped pair sets out on a journey to learn what really happened to everyone else…only to find they’re not quite so alone as they thought. Stranded in a foreign country, chased by monsters and hunted by psychopaths, Ben and Stephen must work together to find answers, and try not to kill each other in the process.

Also starring Hannah Spear (Sexy Nerd Girl, Versus Valerie) as the homicidal Kill and Peter Serafinowicz (Guardians of the Galaxy, Shaun of the Dead) as the voice of Andrew, SOS: Save our Skins is an uncommon blend of buddy comedy and sci-fi horror film, resulting in a fresh take on the traditional genres.

SOS: Save our Skins premiered at the 39th Boston Sci-Fi Film Festival, and aired on FEARnet in the U.S. 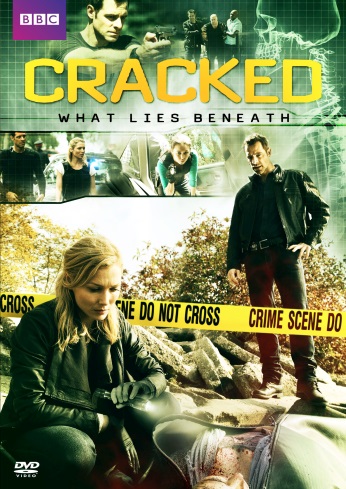 Detective Aiden Black (David Sutcliffe, Gilmore Girls, Private Practice) − a seasoned Emergency Task Force officer with post-traumatic stress disorder – finds his career at risk when he suffers an all-too-public breakdown. After psychiatrist Dr. Daniella Ridley (Stephanie von Pfetten, Percy Jackson & the Olympians: Lightning Thief, Battlestar Galactica) diagnoses him as “cracked, not broken,” Black’s boss transfers him to the Psych Crimes and Crisis Unit, which specializes in cases involving mental illness. Uncomfortably for Black and Ridley, this means they now have to work together. Join the mismatched but dedicated pair as they combine skills to solve bizarre and compelling cases involving emotionally unstable criminals, victims, and witnesses.

Tags CRACKED SOS: SAVE OUR SKINS