While horror in its visual, dramatic form has historically tended to reside on either the big screen or the in the bargain bucket, it would be remiss not to reminisce about those horror treats that came in to our lives via that box in the corner of your room. Here’s our top 5 horror TV shows in no particular order…

The Twilight Zone
Responsible for a plethora of iconic stories, this spooky serial combined themes of horror, science fiction and fantasy effortlessly during its run on TV from 1959 to 1964. Possessing arguably the finest opening monologue to a dramatic broadcast that we have seen, The Twilight Zone would showcase a new tale each week to keep us tense and entertained in equal measure. From ‘The Eye of the Beholder’ to ‘Nightmare at 20,000 feet’, this truly was a television show with imagination.

American Horror Story
Relentlessly refreshed after every season, American Horror Story refuses to grow stale in its quest for scares. Set out as an anthology series, AHS has treated us to Murder House, Asylum, Coven, Freak Show and who knows what lies in wait for us with the upcoming fifth season. Ryan Patrick’s vision has taken the modern-day horror serial to new heights with the multitude of creepy characters it has given us week in, week out, as well as the number of A-List actors jumping aboard the AHS band wagon. 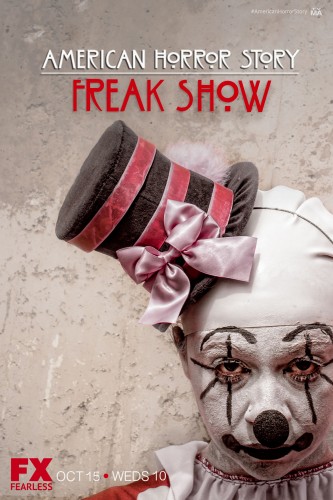 Twin Peaks
With David Lynch and Mark Frost’s iconic show set to return in 2016, now seems as good a time as any to lay a little praise at the front door of the early 90s series. Covering the mysterious case of the murdered homecoming queen, Laura Palmer, Twin Peaks would go on to enjoy a cult following and critical acclaim, more so retrospectively mind. Lasting two seasons from 1990-1991, Twin Peaks was as surreal as it was sublime, instilling a brand of dread and fear that would set it apart from anything else on TV at the time.

Buffy the Vampire Slayer
While not a traditionally scary or horrifying show and loathed by some corners of horror fandom, it is hard to argue with the cultural impact, popularity and longevity that Buffy enjoyed during its run from 1997 to 2003 on our screens. Going a long way to make vampires cool again, and spawning a host of merchandise, as well as a spin-off (Angel), Buffy rightfully claims its place here.