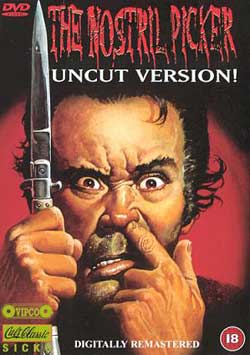 Loner turns into a girl to lure and kill other girls. 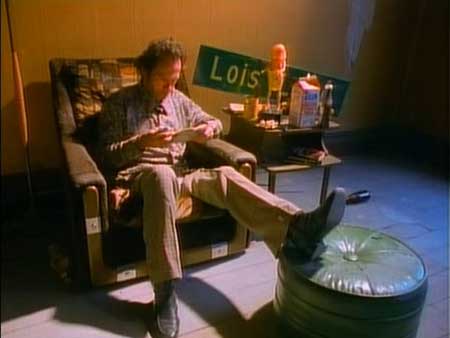 The Nostril Picker is sleazy, greasy slasher that has had an unfair mauling over the years. It’s certainly not a film that makes great efforts for you to warm to it, but if you’re willing to give it a shot, you may be pleasantly surprised. Going back to the flippant comment about Schneider’s output, it could be argued the first act of The Nostril Picker is a flat out comedy. Albeit, a comedy seen through the eyes of Lars Van Trier. When we’re introduced to Joe, played with sweaty conviction by Carl Zschering, he is a total loser. Drinking cheap booze and wearing the same clothes day in, day out, we first meet him trying to get a woman’s number on the street. She responds by immediately setting the police on him. A homeless man, witnessing the altercation, offers Joe the secret to shape shifting in exchange for a swig or two on his booze. 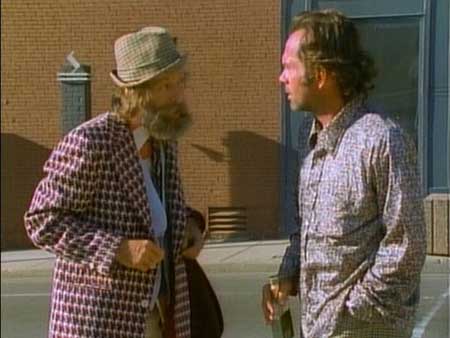 Joe, seeking an opportunity to get close to hot b-b-b-babes, uses his powers to change himself into a missing 17-year-old girl, and secretes himself into a nearby high school. He’s a slob; his new friends are the popular girls. It’s comedy gold! And then he brutally murders one of the clique and the film drops all pretense of being a caper and mutates into a murky portrait of homicidal anger.

Like William Lustig’s Maniac, The Nostril Picker plonks you unapologetically into Joe’s world. We hardly leave his side as he walks the halls of high school swapping gossip, and as he ferments in his squalled apartment on the bad side of town, dancing with sex dolls. The dichotomy of his new lifestyle is heightened by the audience being the only ones that that can see Joe as he really is. Under the guise of Josephine, he lures his prey on girly dates that will see them being alone and vulnerable. There is something extremely disconcerting seeing a 40-year-old man, gallivanting around with young girls. 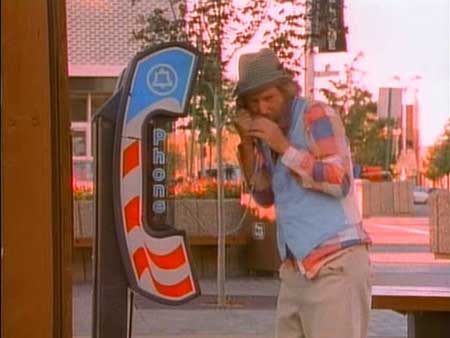 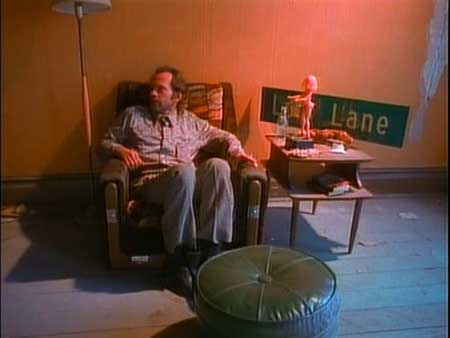 As Joe continues to use his powers, his already fragile mental state disintegrates further as visions of his dead mother and his victims haunt him at night. It’s never suggested that Joe knows what he’s doing is wrong. However, when he accidently picks up a male prostitutes in drag, his cry of ‘you f*cking pervert’ is as much a huge case of projecting, as it is the prelude to an attempt of gay-bashing. Maybe its over-analyzation on my part, but like Jacob Goodnight in the See No Evil movies, Joe‘s background and upbringing has a lot to answer for. 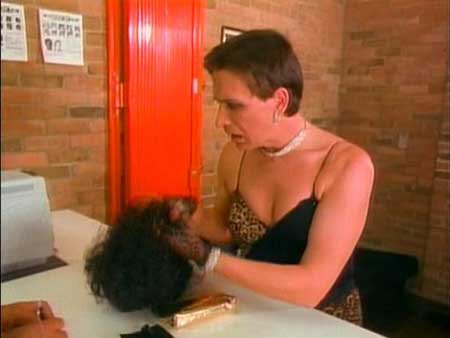 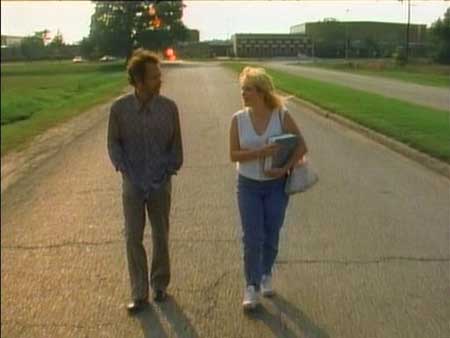 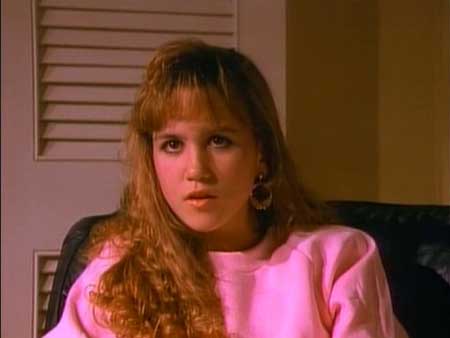 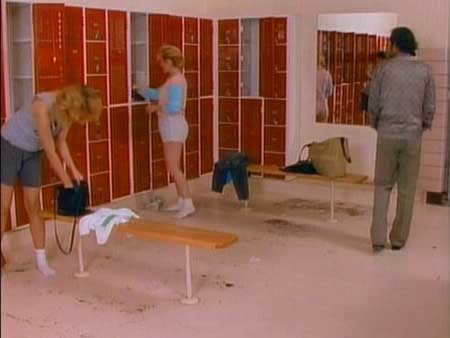 However, The Nostril Picker does suffer from some questionable choices in terms of performance and narrative. Often, the inhabitants of this world, just don’t act like normal human beings. As Joe takes out each member of his newfound friends, they seem to mourn for roughly the life span of a gnat before bemoaning the fact they have to stay indoors at night. Parents can be so unfair when it comes to serial killers, right? but whilst director Mark Nowicki’s direction isn’t the strongest, it’s rough around the edge approach adds to the feelings of unease that permeate during The Nostril Picker’s 70 odd minute running time.

Despite its faults, this relic of 90’s VHS schlockers is definitely worth a reappraisal 20 years later. Vicious, mean, and oddly amusing, it contains one of the bleakest endings I’ve seen for a while. Perhaps a remake in the fashion of Franck Kalfoun’s Maniac is needed to draw people’s attention back to it.

Joe Bucowski, one of cinema’s lost psychos, I salute you.