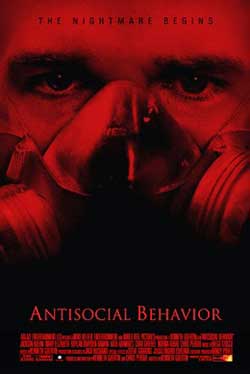 A young man realizes he cannot deny his traumatized past any longer and copes with his world crumbling around him.

Antisocial Behavior boasts a premise of considerable proportion. One man’s inner emotional and psychological struggles begin to eclipse into his daily life. While mental illness is a relatively common social issue, one cannot deny its potentially horrific ramifications. Director Kenneth Guertin has done a brilliant job of creating a project that will impact a mass audience on a very personal level.

The interpersonal relationship between twenty something roommates Joe (Jackson Kuehn) and Scott (Chad Bishop) is endearing. It’s equally entertaining to witness the lengths Scott will go to, to make Joe happy and more socially adjusted. Joe’s perpetual resistance to attending social functions or getting out there as his pal would say is a conflict many of us know all too well. Within minutes the film’s plot reaches us in a very intimate way. We may squirm at watching Joe’s unease but silently, subconsciously root him on in his quest to fitting in.

When they finally attend a house party together Joe’s prophetic visions of brutalizing his adversaries is terrifying, jump out of your seat horror. Many of us fantasize about similar episodes. It can be therapeutic or dangerously cathartic. The superego within our subconscious is what separates us from the animal kingdom. Rational though ordinarily prevails with the ability to cypher through consequence and circumstance. Joe’s performance enables the audience to see just how easy it can be to lose self-control. For these variables alone, Antisocial Behaviour comes across as a frighteningly realistic scare feast. 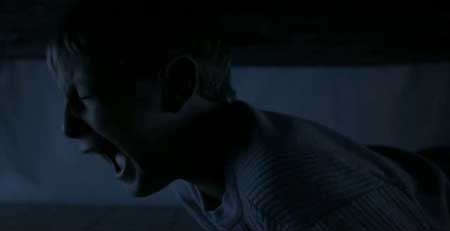 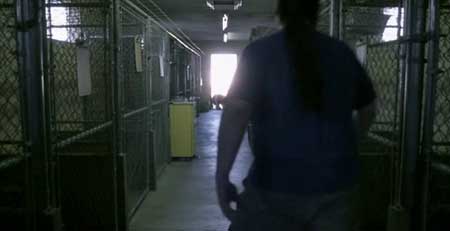 The setting and environment of the house party is an effective one. Most of the audience will be able to identify with either the constant introvert or happy go lucky extravert. We’re privy to some comedic relief, as the film eases up on the tension mercury steadily rising. Joe eases the high stress environment by sitting alone in a corner, reading a book and ultimately napping on an open sofa. These were precisely the things Scott warned him not to do creating a humorous atmosphere that is most welcome under the conditions.

The surrealism conveyed during the drinking game was fantastic in execution. It was the sort of stuff enough to make the average viewer’s skin crawl. Distortion and melting of visual images was an innovative way to illustrate a chemical unbalance and mental distress of the next level. Once again director Guertin seems to have a firm concept of creating unease and exploits these techniques in dizzying fashion. 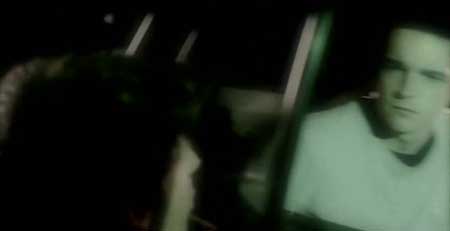 Additional symptomatic episodes arise for poor Joe and present some wretchedly gruesome scenes. For an independent budget the special effects team best utilized their resources in some most memorable footage that will cause many to abandon their popcorn.

Some exposition slows the plot slightly and muddles the pace. We get a glimpse into Joe’s tortured past. Yet a certain aura of mystique is exuded with its elusiveness. A foreshadow of catastrophic levels is unleashed. The key is we do not know when. 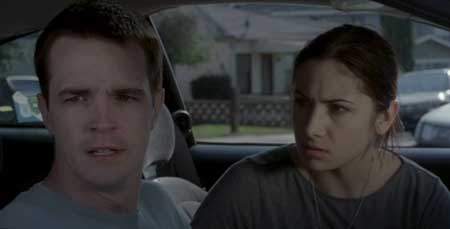 The interpersonal struggle and devotion of lead female character Wendy (Mary Elizabeth Boylan) is difficult to buy into a times. One would suspect she would head for the high hills after seeing how unglued Joe can be, especially in a new relationship. Her persistence is relative to the plot however and we cannot help but admire her tenacity. It’s enough to hang in there as the duration unravels to determine the ultimate fate of our protagonists.

Upon the final act some exciting twists and turns to satiate even the most ravenous of suspense fans.