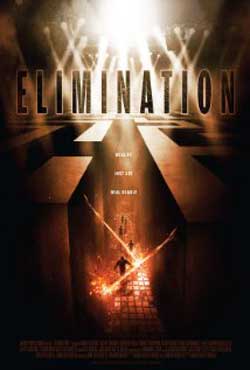 A large group of people gather, ready to perform auditions for a new, different kind of show. It’s an online reality show, but none of the prospective performers know much about it. Unfortunate for them, they might get killed on it. Assuming they don’t, they could win one million dollars.

Wow, what a bunch of attractive people about to meet their demises. And in a way totally unlike THE RUNNING MAN and SAW. Gratuitous nudity in the first five minutes? No fooling. And does this movie use those CGI effects I’ve been hearing so much about? ‘Cause they look 100% real. 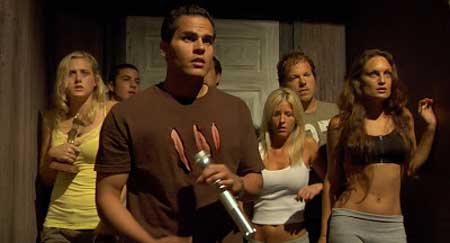 ELIMINATION is one of the worst movies I’ve ever seen. It’s an endurance test because it’s so formulaic, so mindless, so unambitious, so unoriginal, and so boring. The characters are disastrously vapid, unlikable, and, yes, picture perfect. No effort whatsoever went into their development in the script and their dialogue may as well be a long stream of “uh, whatever;” hey, bro;” “why are you doing this?” and “oh my gawd.” And I’m just curious, where did the diabolical genius who communicates through a computer find an Amazon woman armed with a bow and arrow and a killer clown that talks like Jed Clampett? 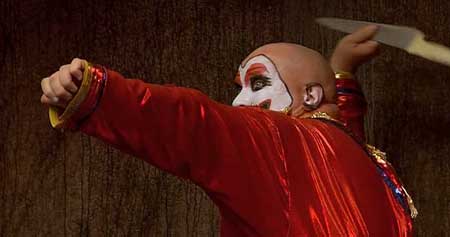 Ten people gather at a studio to meet this old Southern hick kind of guy. He’s about to drive them to the “audition.” He just needs to make sure they all have no connection to the outside world, so he takes away all their cell phones. What could possibly go wrong? These folks are a little gullible, or desperate for their five minutes of fame, because they agree. Ol’ pappy hillbilly guy drives them to some “studio” and the $%it hits the fan. A scary-sounding voice behind a digital image of a skull—it’s a talking computer—tells them it’s time for them to try and survive. They have to reach a certain sector to attain safety … and one million dollars. But it’s going to be one tough trek to safety. Let me tell you. Whoever organized this insane live, internet-streamed fiasco somehow found an Amazon woman who, despite her impeccable archery skills and commitment to killing is “kinda hot.” Watch out for her! There’s also a demented clown who comes after them with an ax. Be careful he doesn’t lop off your foot with that thing. There’s also a vicious wolf boy who mugs the camera a lot. He’s standard werewolf-fare. 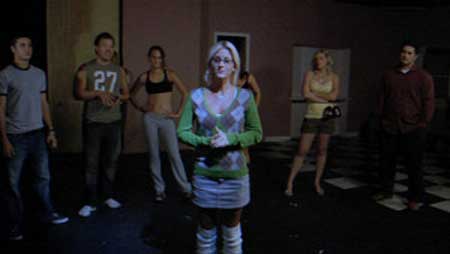 The problems with ELIMINATION are boundless. Storywise, there’s no satisfying explanation for—well—much of anything. The situation just exists without any rhyme or reason. It just is. And the characters don’t give you much in the ways of identification or likability. Survivor characters are the best when you have some reason, emotionally, to pull for them. You don’t here. They’re all just dropped into a bad situation and whoever survive seems arbitrary. Five minutes in you’re thinking, how long is this going to take?

I’ll grant that there are some entertaining and tense chase sequences, but you get beat over the head with them. That’s the whole movie, really. One endless-seeming chase sequence. Credit where credit’s due, though. Some of them are pretty cool. But the movie lacks a good look. The lighting is amateurish, the makeup fx on the killers is hokey. The camera’s all over the place. 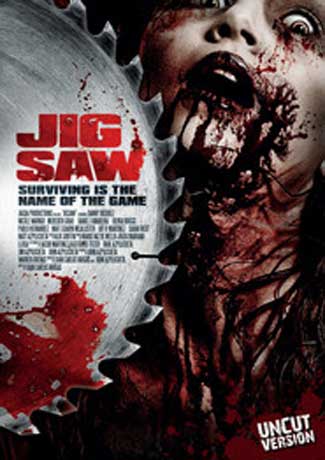 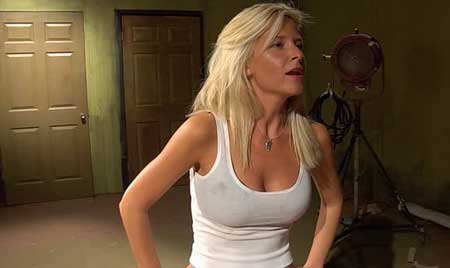 And the blood and gore fx … was this one made for the Sy Fy Channel? No budget shot-on-video VHS drivel from the late ’80’s had better gore. CGI is not your friend. Unless the budget is substantial … and even then it’s up for grabs.

Do you need to see another cruel-spirited, meaningless SAW ripoff? If so, dig in to ELIMINATION! If you don’t, avoid this puppy like the plague. 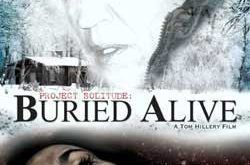