The Shaman and Other Shadows 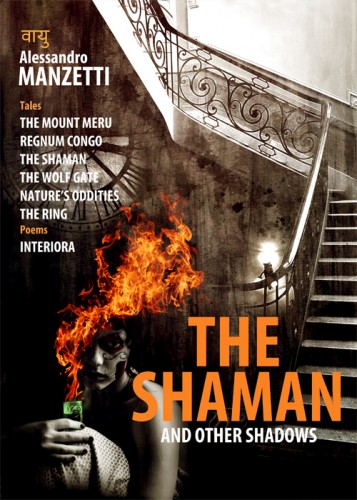 Description:
A horror and dystopian SF short stories collection, that explores the supernatural terror and the human violence. It contains six short stories: “The Mount Meru“: Tanzania, Chicka and her son Ga-Gorib are making a journey to the slopes of the sacred mountain, meeting on their way a group of mercilessly raiders, who’ll unleash all their violence and lust against the two unfortunates.

Chicka and Ga-Gorib will be revenged by strange anthropomorphic creatures that live in those places. They’ll drag the raiders, still alive, in their pits, to devour them. At the end, Ga-Gorib will meet his unexpected fate. “Regnum Congo“: A loose interpretation of “The Picture in the house” by H.P. Lovecraft. A terrible storm, a house in the forest inhabited by a mysterious guardian.

A man who is looking for a refuge, will open the bloody doors of the anthropophagy and of the Hell. “The Shaman“: In the future and dystopian Paris, where there is no hope for anybody, the inhabitants of the apocalyptic neighborhood Paris Sud 5 rely on Chopi, the Shaman of the Rue de Paradis, to find the missing loved ones. Even just a piece of them. Using a photo and a pile of bones, the Shaman can recognize the missing person, with an ancient ritual. “The Wolf Gate“: The Reaper acts in the sewers, she performs her task by sending to hunting her trusty wolf, who rips with a bite the souls of the predestined to take them to its mistress. “Nature’s Oddities“:

A family hides a monster in its basement for many generations, taking care of it. One day something goes wrong, and the monster reveals its nature. “The Ring“: Theo and his group of friends, residents in the apocalyptic neighborhood of Paris Sud 5, are fishing waste and objects in the Seine, under the carcass of the Pont Neuf, the suicide bridge. The group of kids finds a woman hand with a precious ring on the finger. The collection is completed by the poetry “Interiora“, loosely inspired by Danse Macabre.

Tags Alessandro Manzetti The Shaman and other shadows 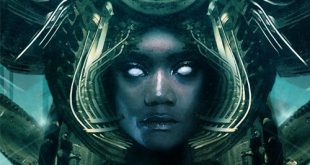 Alessandro Manzetti’s THE MASSACRE OF THE MERMAIDS Debut