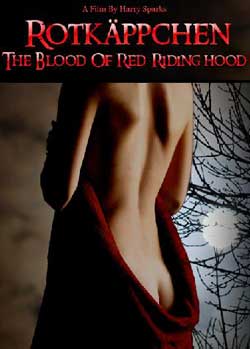 The story follows Rose, a precocious German 17 year old, as her mother brings her from Germany to live with her grandmother in America.  But things become complicated as Rose is tormented by Nick’s girlfriend Bridgette, and the once quiet town finds itself rattled by a series of gruesome, mysterious murders.

Rotkappchen: The Blood of Red Riding Hood was an interesting movie.  It took the classic story of Little Red Riding Hood and put a modern twist on it.  It is hard to not appreciate when a writer supplants an old story into a new setting to give it a fresh feel.  But there are times, such as with this film, where the writing is so misguided that it ends up being near impossible to enjoy the modernization.  It makes me sad. 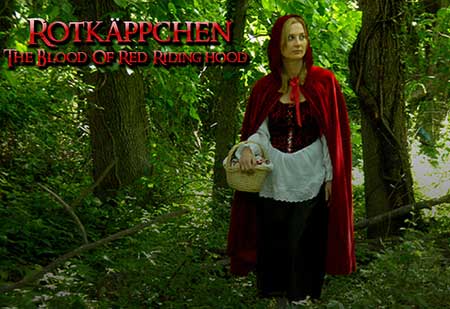 I was a little bit excited when I turned on Rotkappchen: The Blood of Red Riding Hood and discovered that it was a modern retelling of the children’s tale that I had been told many times throughout my childhood.  A girl named Rose goes to live with her grandmother in a town plagued by wolf attacks.  It was not until the final portion of the film that the well-known story played out.  Up until that point, Rose went to high school and was involved in relationship drama with her best friend, the popular guy at her school, and his ex-girlfriend.  None of the plot was bothersome. 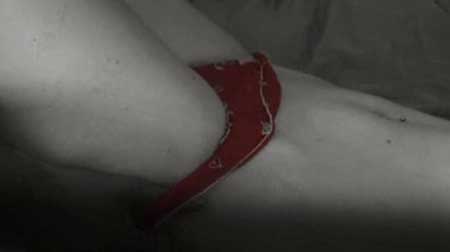 There was even an interesting artistic choice in how Rotkappchen: The Blood of Red Riding Hood was filmed.  Aside from fantasy sequences, the movie was presented in black and white and red.  This was used as a way to both highlight Rose’s adoration of the color red (since she was the Little Red Riding Hood surrogate of the film), and the blood and violence presented through the wolf attacks.  It was a valiant effort to give a horror film some artistic integrity.  It could have worked with a stronger script, better acting, and the removal of the biggest problem in the film. 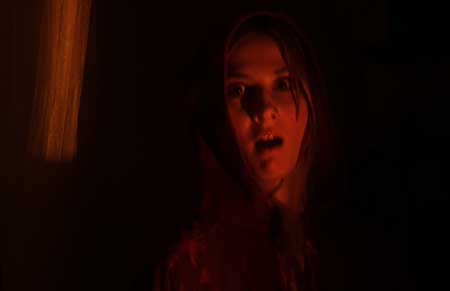 That problem was an over-abundance of nudity.  Rotkappchen: The Blood of Red Riding Hood is not a P*rnographic film.  That does not stop any of the characters from getting naked at any possible moment.  Rose watched Summer take a shower then put lotion on her naked body.  Nick laid in bed with a naked Bridgette, then threw her out of his room still naked.  Rose liked her red dress and got naked to put it on while alone in her bedroom.  An unnamed character answered the phone while naked in the bathtub, then got attacked by the wolf.  Very few of the scenes with nudity in them required the nudity to move the plot forward.  They all still had naked bodies though, as did numerous other scenes.  Add to that complaint that this was not P*rn (there are only two scenes in which sex occurs) and you have a huge waste of time.  There was no titillation of any sort from the nudity.  It was only there to be there.

The issue with having the nudity as excessive as it was in Rotkappchen: The Blood of Red Riding Hood is that it takes away from the momentum that has been building through the plot of the movie.  Any time that I became invested in what was happening, a character would remove their clothing and take me right back out of what was going on.  The story was not flawless by any stretch of the imagination but drowning it in naked flesh only distracted from the good that was in there.  By the halfway point in the film I was surprised when there was not a naked body on screen.  It was a miracle to have that happen. 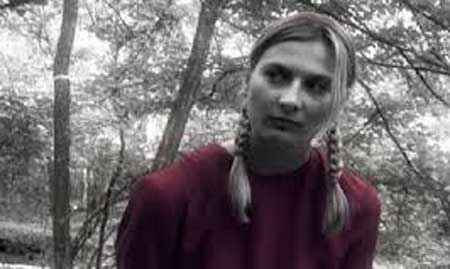 You might think that the abundance of nudity makes this a P*rnographic film.  As I said, nobody really does anything outside of two scenes of sexual intercourse.  One of those scenes was not even really a sexual scene.  It was simply a way to set up a death.  I say it is not a P*rnographic film since it was a horror film before a film about naked people.  Though there was a lot of skin shown in Rotkappchen: The Blood of Red Riding Hood, the focus tried to be on the emotional story of Rose.  It was primarily about what happened to her in school and life as the wolf attacks occur.  That stuff worked well enough to make this a movie that had the potential to be good.

I believe that I once said that potential is all good and well but does not make a good movie.  It is true.  Rotkappchen: The Blood of Red Riding Hood had the potential to be a good story told well.  The issue is that the final product does not meet that potential.  Not by a longshot.  What I witnessed was not a good film.  It was annoying, tedious, and filled with nudity that did nothing aside from breaking down the goodwill that had been built.  This is not a movie that should be seen by anyone.  I saw it.  Do not be me. 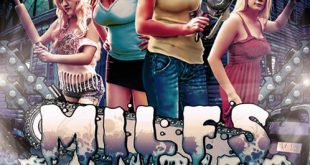