Elixir: The Girl with the Dragon Tattoo-style Thriller Hits Bookshelves 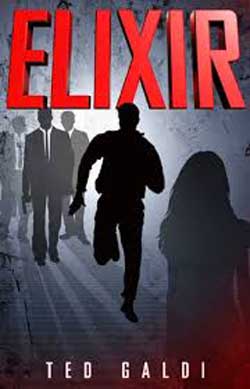 Ted Galdi has accomplished more in his 29 years than most do in a lifetime. At the age of 15 he wrote a screenplay which caught the interest of Hollywood. After graduating from Duke he started his own software company, and now is set to release his first novel, a cerebral thriller called Elixir, in August.

Elixir’s plot brings a sense of familiarity to the recent NSA-whistleblower Edward Snowden citing that surveillance technology – intended for the purpose of monitoring national security threats – is being used on US citizens. Elixir reveals the innermost workings of the NSA and has readers on the edge of their seats from start to finish.

“I think people will find the tie-in to the recent controversy around Edward Snowden and leaked NSA activities interesting,” says Galdi. “Since it happened, no thriller has really tried to pull the cover off the type of dealings that go on there, at least not on this level.”

Elixir revolves around the life of 14-year-old Sean Malone. Sean is a genius in his own right. His IQ surpasses the 200 mark. He’s been offered a full-ride scholarship to a top university – not that he needs it, he’s also just won more than a million dollars from his long-term winning streak on Jeopardy!

Sean captures the attention of the NSA when he writes an algorithm that solves the Traveling Salesman Problem – the biggest enigma in computer science. Soon, the NSA is manipulating him so they can control the code to track down a drug lord. Their path is tarnished with the deaths of innocent people and Sean can’t help but feel responsible. It’s soon evident that Sean needs protection, which he finds in Rome. Armed with a new life and a new name, he falls in love and feels that his life is finally somewhat normal. However, this feeling is short-lived when he learns that the love of his life is critically ill and it’s up to him to use his genius to find a cure. He’s forced to go on an unforgettable journey against a money-hungry pharmaceutical company and the demons of his past to save her before it’s too late.

“Elixir is different than a typical thriller because it doesn’t just focus on suspense,” says Galdi. “My favorite part of writing it was coming up with characters that readers would care about. The thrills are that much better if the characters mean something to you.”

About the Author
Ted Galdi graduated from Duke University and co-founded StadiumRoar.com, a software company that streamlines event-management logistical data for sports teams. Now 29 years old, Galdi enters the literary world with a cerebral thriller, Elixir. Like the protagonist in Elixir, Galdi did amazing things at an early age. Galdi is the recipient of several academic awards and is also a member of the International High IQ Society and the One-in-a-Thousand Society. At the age of 15, he wrote his first screenplay.