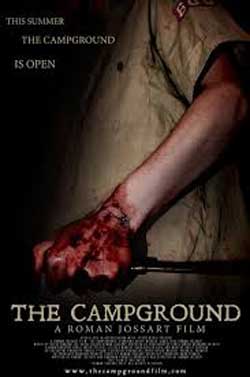 In 1980 a mother took her son to get a present on his 10th birthday. They went to an old abandoned Campground: Little Farm on the River. She took him to an old camper and asked him to step inside, once he did she reached out and grabbed a screwdriver sitting on the counter and began stabbing him over and over again. Now 30 years later a group of friends decide to go down to the campground to celebrate a birthday party, but the mood soon changes when people start turning up dead. Will the the teens be able to check out or stay at camp permanently.

Some movies are understandably bad.  Some movies are insufferable.  Then there’s The Campground—a movie beyond excruciatingly insufferable.  If the garage emo music blasting during the intro was any indication of how the movie would result, then we already predicted its quick downward spiral.  And it spiraled quicker, and quicker, and quicker as the “movie” (or so it masquerades as) progressed. 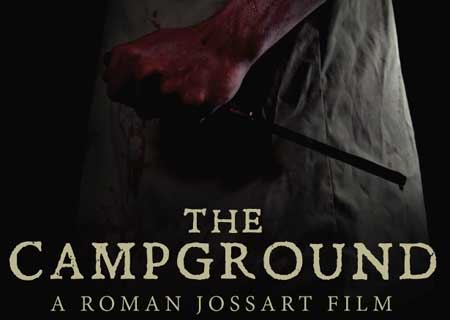 The quality of this film reflects the same of local news stations.  No, it doesn’t even amount to that kind of quality.  Really, The Campground plays on the screen like a high school drama production shot with a low-quality camcorder.  The background noises are louder than the actual “actors” (since production decided to spend more money on renting the Audi at the beginning instead of microphones).  The first characters introduced look like an Emo kid’s wet dream.  The brooding adolescent sweeps his bangs to the side while sporting a bottom lip ring angled to the side.  He argues with his equally emo-tastic girlfriend, all the while in front of a painfully obvious green screen.  Luckily for us, these two swiftly meet their fate at the end of an American flag.  Go Amurica!  The gore like, like the green screen, further cheapens the aesthetic with the movie.  Also, when we learn the killer’s signature weapon of choice, these deaths result as rather incongruous.

The acting, from beginning to end, is the worst I’ve ever seen in a movie.  MST3k movies cannot compete with what poor movie viewers (the real victims of The Campground) had to endure.  It represents everything irritating about acting: forced, overdone, unnatural, and tense.  On top of this seriously distracting factor, the dialogue fares no better.  Conversations fail to flow, segue, or carry on in any natural way.  The interactions at the camp fire are some of the worst scenes I’ve ever had to witness.  Never do they react appropriately or naturally to their situations.  The writers obviously had a severely poor grasp on human psychology, or didn’t care to analyze their plot.

But I understand; the movie wasn’t made to explore the true natures of people, or to illustrate any reality.  It was made in homage to the classic “slasher” film.  It seemed as if the creators of this flop sought to channel Cassie Hack of the Hack/Slash series.  Charlie Lawson dies a grotesque and unnatural death at the hands of his mother.  He becomes a local legend.  Years later, he magically reappears to kill partying teenagers using the same weapon dear old mommy used on him.  Never mind that he died as a child, and then somehow resurrected as a giant, bloated masked killer whose aim with screwdrivers is uncanny; You would think that an object with so blunt a head, the flying pseudo weapon would not slide into tough pieces of flesh meat so easily. 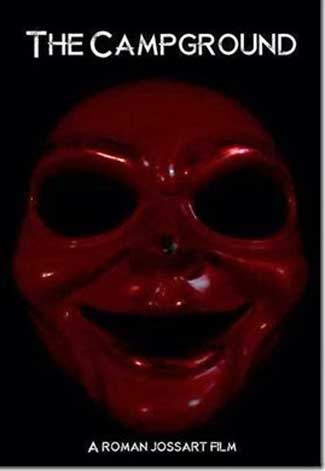 How did Charlie manage his apparent resurrection and throttle into puberty?

Don’t ask me, because those questions will never be answered.

But the obnoxiously cliché storyline scores low on the list of this film’s issues.  Little is developed or orchestrated in a method that makes any sense—logically or stylistically.  For example, the initial dreaded camp fire scene.  Now, we’ve all been to those terribly awkward parties where everyone is lumped together due to a mutual friend.  Chances are your friend probably hangs out with several different groups of people.  And when a particular moment arises where the mutual friend celebrates a special event, all those different groups assemble together individuals who would otherwise never look twice at each other.  Imagine how radiantly the awkward factor gleams here.  Times this by ten.  This encapsulates the essence of this movie.  Characters start conversations (which one can barely hear due to the lack of microphones), and then the other characters react by abruptly interrupting, laughing into nothingness, or inexplicably leaving.

However, despite all its nonsensical madness, trite plotline, and cartoonish effects, this film had two positive variables.  One, the token black guy is not the first to die (the one original concept in this entire movie).  Two, the way said token black guy finishes the killer.  He literally pulls the screwdriver from his chest and then stabs the masked crusader repeatedly all within what seems like a millisecond.  Bravo movie, you’ve finally managed to catch my attention.  Too bad the moment arrived a minute before the end credits started to roll.