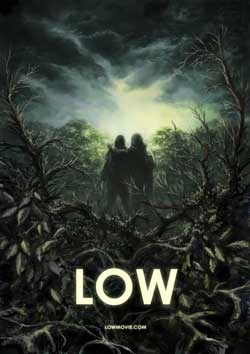 A lonely city girl finds herself taken hostage by disturbed outsider. Miles from home she must not only escape her captor, but also protect a dark and dangerous secret.

Low is a low budget psychological thriller indie that plays on the concept that you really don’t know the true person that you are talking to. Yes people might look harmless on the outside, but deep down we all have secrets that we keep, and it might just be best to keep those secrets hidden away. 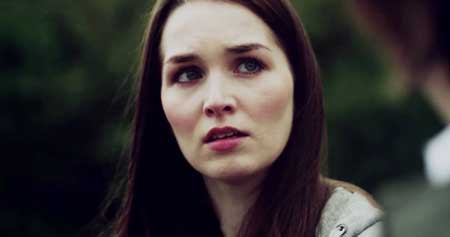 The movie starts off with a scene that is more than likely going to be taken out of context, a blooded man is shambling away from a fire that is off in the distance. My first thought was that this is a scene from the end of the movie, giving you a little foreshadowing as to what is going to happen. More so that he is the main antagonist, looking for whoever has gotten away from him. But truly this scene is showing what has happened to Dr. Edward Greenly (David Keyes) and his family, but they don’t get into that right away. Straight after this scene we meet our other leading role, Alice (Amy Comper) as she is walking into the wooded countryside, looking for a spot to bury a box. This is where the two come in contact with each other; Edward spots Alice and starts chasing after her. Alice, not wanting to look scared, starts walking faster until she does start to run away, but Edward catches up to her.

Now that Edward has her attention, he wants to show her something that he has done. He starts babbling on about his mother and you immediately start to think that this movie might play out like Hitchcock’s Psycho, but as the movie unfolds even further, you realize just how wrong you actually are. When Edward finally gets Alice to agree to come with him, they are interrupted by local farmer, Graham. The two convince him that everything is fine and continue on their way to the top of the hill, once there Alice notices the police lights and things start to become a little clearer. 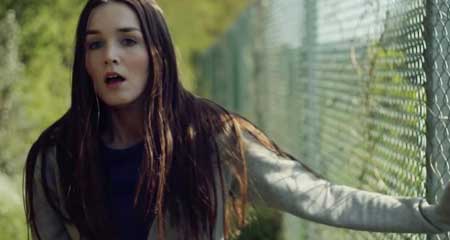 Edward tells Alice exactly what happened, the two men standing on the train platform where talking “about him”, and he saw the train coming and just pushed them in front, killing them instantly. After Edward is done telling his story he finally realizes that since he told Alice what had happened that he must now kill her to retain his secret. Now Alice has to find away to escape from this madman while also protecting her own secret. 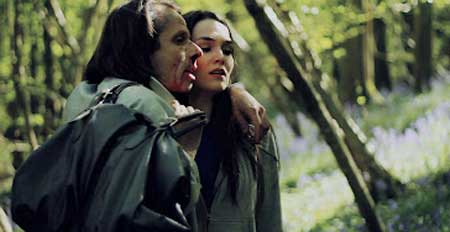 This movie really is more of a character piece, it focus mostly on Edward and Alice, and through flashback scenes, shows the different situations they lived through. Edward is riddled with survivor’s guilt having lived through the car accident that killed both his wife and daughter. Now in his mind he questions why others are allowed to live while those close to him are gone. This also seems to lead into him having paranoid delusions, like the two men on the train platform that were “talking about him” causing him to kill the both of them. Alice on the other hand is the victim of an abusive relationship; she is too frightened to leave her husband for fear of what he might do to her. This is shown brilliantly through the scenes with her locket necklace; if she loses it he will more than likely take his frustrations out on her. 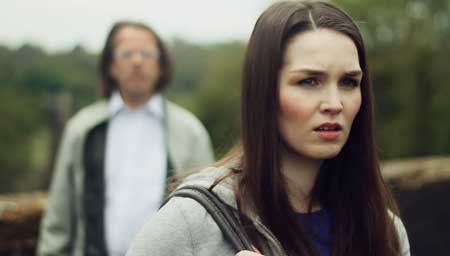 That is what really drives the movie, character development; the story moves at a good pace and both characters keep revealing more and more about themselves to each other, almost like they have no one else to talk to about it. The one thing that can get very confusing is when they jump back and forth through the flashbacks; Edward seems to be wearing almost the exact same clothes as he is in the woods, so it can be somewhat hard to distinguish his previous self and his current self. And I don’t know why most low budget indie movies have poor sound quality, but once again it is very hard to her some of the conversations that Edward and Alice have together. 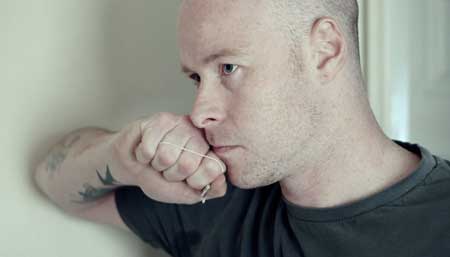 This movie is really one of the better indies that I have seen, Ross Shepherd did an amazing job directing and writing with this being only his second full length picture. I do hesitate to say full length since this movie is only an hour long, so if you have a free hour and happen to have a copy, give it a watch.