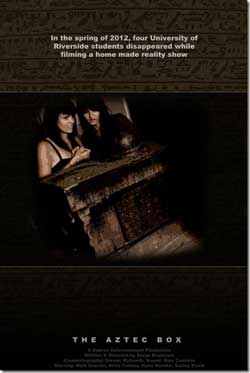 4 college students dig up an ancient Aztec relic in their own backyard, only to discover a dark force that is attached to it.

Two things have come along, enabling almost anyone to make a horror movie: changes in technology and the found footage sub-genre. Anymore, all you need is a digital camera, some editing software, a friend with a midi synth, and a screenplay that invokes constant running cameras. Boom. You’ve got yourself a found footage horror flick. Lots of people (amateurs) now have the keys to the castle. That doesn’t mean, though, that many of the found footage movies being made should be made. 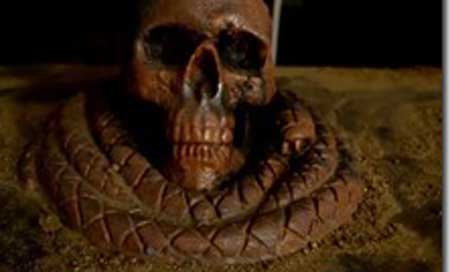 But THE AZTEC BOX, a no-budget found footage horror thriller, is surprisingly entertaining. Despite the infinite constraint surrounding
its production, it manages to build tension, advance its story without dragging, have more-or-less likable characters, and get by with the most limited special effects and blood imaginable.

Its story is pure E.C. comics: a cursed, ancient box is excavated . .. and, of course, tragedy befalls those that dig it up. Those that do the digging–and thus receive the cursing–are four college students, Nick, Karen, Liz, and Darren, who have just moved in together. Nick and Darren are film majors and have just been assigned a class project: they must make their own reality TV show. Hence, the cameras
running all the time. In the midst of amassing footage from the cameras installed in their house and the ones they carry with them day-to-day, they dig up a crate in their back yard. They crack it open and discover . . . a box, which is “covered in bugs, dewd. It smells, too. Freakin’ disgusting.” The box has a coiled snake and skull on top of it and, the four learn from their ancient history professor, Dr. Clark, it played a role in ancient Aztec human sacrifices. Is it dangerous? Will it destroy our characters’ lives? 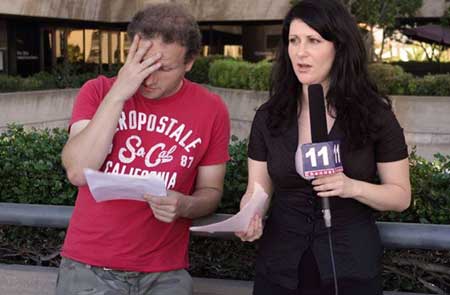 No, of course not. Never.

It worked in PARANORMAL ACTIVITY. It worked here: creating a sense of doom by letting the camera sit in an empty room, letting things go bump in the night, but sparingly. The subtle scares work the best here. Not the fake-out startles or actual graphic violence. But the good, old-fashioned suspense–the slow burn–created by silence, emptiness of activity. THE AZTEC BOX has that to offer . . . and it’s refreshing. It’s a movie that knows: a garbage disposal turning on for no reason is, realistically, about as scary as anything . . . if done right.

It’s structurally sound, and that’s its biggest achievement. The story has room to build and build. Not too much is given away, until
it’s time. The absurdity–and otherworldliness–of our characters’ situation is amplified in small, manageable doses. Then, when it’s
time for the final paranormal freak out, you can embrace and enjoy the absurdity, as a horror story should make you do.

The acting, for a no-budgeter is surprisingly good, too. Even if most of the dialogue is punctuated with “dude,” “bro,” “babe,” and “oh my god,” the characters are more-or-less relatable and realistic. I wonder, in fact, how the makers of this one convinced their college
professors to play themselves. They have to be the real deal. Sure, there are some unintentionally awkward moments–I’m not sure
what Liz’s aversion to sandwich-making is all about, and do these kids really seem like the type to, out of the blue, plant a lemon tree? And the lightning striking the eponymous box at night in the laundry room? 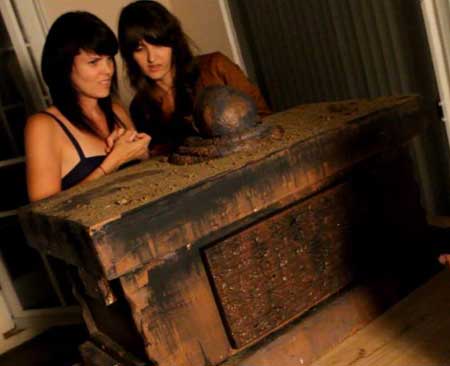 And Darren spitting up blood? But, hey, it’s all a lot better than I could do with a couple months’ worth of student loan money. Yeah, it’s found footage. I know this sub genre is starting to annoy people. There are legions of PARANORMAL ACTIVITY and BLAIR WITCH PROJECT haters. I’m not sure why. In any case, THE AZTEC BOX feels less like these movies–camera work notwithstanding–because its story is more pulpy, adventurous, and, yeah, different.

It’s not going to blow anyone’s mind. It’s not destined to become a cult classic. But it is entertaining–and, my god, coherent. So, given a proper budget, director-writer Serge Bronstein could easily go on to make something downright impressive. Go ahead, check it out, dudes and babes. 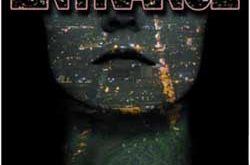 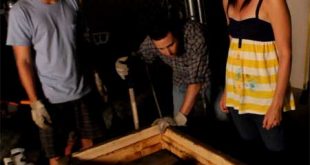 What Lies Within ‘The Aztec Box’?