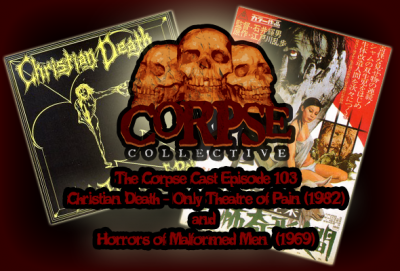 This week’s episode starts off with a bang as Mike is still reeling from a weird experience that he had right before recording started with a certain 711 cashier… Yeah… it’s THAT weird… but it gets weirder as we talk about a Japanese film from 1969 called Horrors of Malformed Men. As if that’s not enough, we also talk about Christian Death’s debut album from 1982 entitled Only Theatre of Pain.