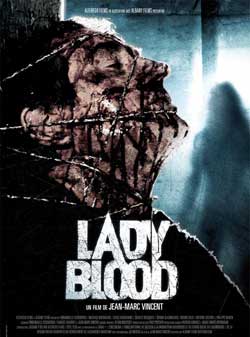 Yanka is a mother and a chief of police. She’s a fulfilled woman, in love with her husband and happy with her daughter and mother-in-law. Everything’s going great until a strange occurrence disturbs her new life. With the help of her psychiatrist husband, she tries to convince herself that it’s just a nightmare.

After viewing this film, I wasn’t exactly sure if I should spend the time reviewing it or not. I had long desired to see this film but had a harder time acquiring a copy that had proper subtitles. I’m glad I waited as I would have been completely lost without them. “Lady Blood” is actually a sequel inspired by first film titled “Baby Blood”. I reviewed this film without seeing the first. 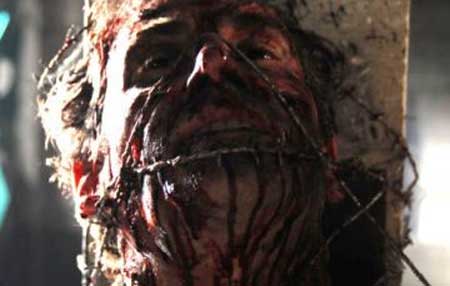 “Lady Blood” is really a hard film to get into. It begins with a bang which suggests some sort of zombie-serial killer crossbreed but gets a bit lost in a mash up idea shortly after. Really an intense film shouldn’t allow its viewer to grow sleepy during its storyline, but in this case, I had a hard time staying focused. I blame that on the slow moving pieces that connect the more interesting together. 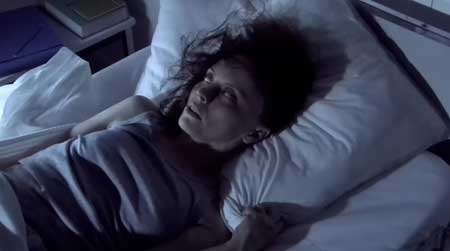 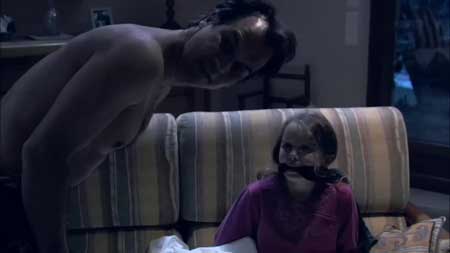 “Lady Blood” has a few really great things going for it. For one, it’s a French film which means when it goes for the nasty…it do so, …so well. The film also has a small share of really gruesome scenes that provide a certain intensity to it. It’s a shame that the whole film didn’t exploit this further. It was actually the cover art that first attracted me to this production.

So with all that said, you are probably wondering what this film entails?

The movie attempts to mash up almost 2 completely different genre premises. One being a parasitic type of science fiction style body snatcher creature that moves from host to host possessing the victim with an urge to act in a rabid serial killer manner. And then there is the crime family story complete with tasty hard-to-watch torture-till-they-break segments involving a local mob overtaking. In fact, some of the promo photos circulating around really show the results of the best scenes on the film, beyond that it gets pretty boring. 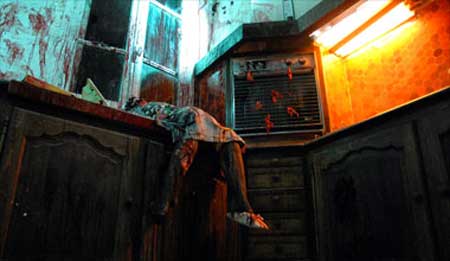 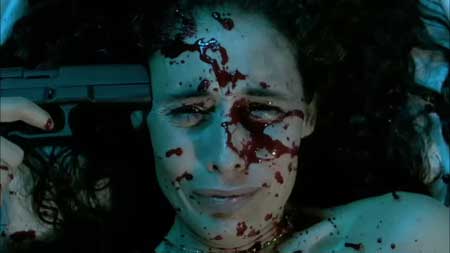 Yanka Mansotti (Emmanuelle Eskurru) is the film’s lead character. As both a mother and the chief of police she tends to hold her own in the face of danger pretty well. Plagued with some bizarre nightmares, she still seems to be able to balance things at home with her daughter and psychiatrist husband Paul (Christopher Buchholz).

Yanka’s balance is about to end when she digs a little too deep into a mob case that gets her under the radar of the wrong crowd. If that isn’t enough, there is a rash of serial killings that are being fueled by parasite possessed hosts who have committed atrocious acts without reason. Yanka also has a back story that haunts her. Years earlier she had given birth to a hideous creature that seems to have returned to pick up where it left off.

The film itself is a sequel that arrives almost 15 years later. Even in review, most readers would easily take away how this story mix is one that tries to be too many things.  With “Lady Blood” attempting to tell a story of Yanks progress from her earlier years, it just simply translates as bland and tedious to decipher. We get from the film’s start that a creature has decided to plant itself into a human host to carry out its hunger for violence, though somehow in the intensity of its agenda it comes across a little silly. Then there is the typical mob shakedown for power which could be another film in itself. If had to choose between the 2, I’d go the mob direction and cut out the strange attempt at a monster movie. 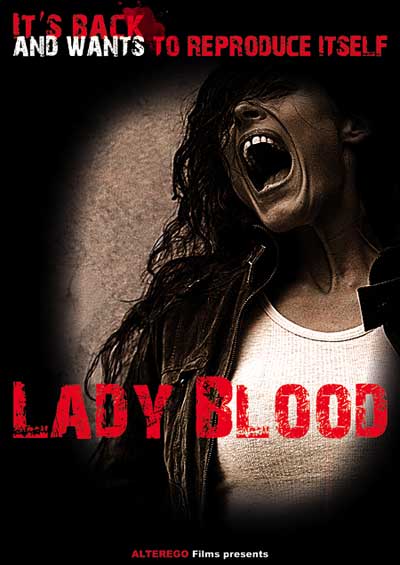