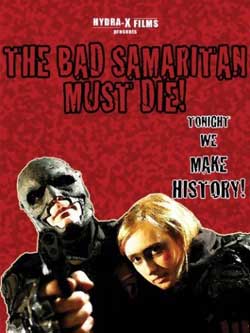 The Bad Samaritan is a vicious vigilante (of sorts) who hands out his own form of justice on those who break the law (which is just a fancy way of saying he beats them to a bloody pulp). When his number one fan meets him and finds out he isn’t what she thought he was she decides that he needs to die.

I’ve always been a huge comic book geek (I am the biggest Spider-Man fan in the world) and enjoy some superhero movies just as much as I do horror flicks. I was looking forward to The Bad Samaritan Must Die! as I thought it sounded pretty cool and even though I liked it for the most part I still think that there were a couple of things about it that prevented me from digging it as much as I should have. Some things work for it and some things don’t, and as a result I couldn’t help but have mixed feelings about it in the end. It’s a schizophrenic little flick that doesn’t seem to know if it wants to be grim and gritty, darkly comedic, or just a wacky comedy that likes to rely on goofy dialogue and silly sight gags to elicit a cheap laugh. 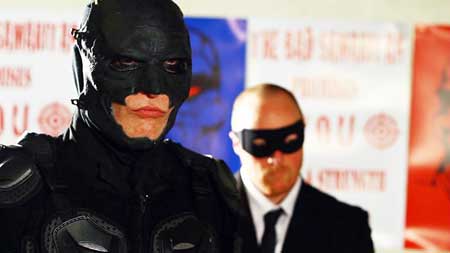 One of the things that I liked most about it was the character of The Bad Samaritan himself. The guy beneath the mask (played by co-writer/co-director John Raine) isn’t your typical crime fighter as he drinks heavily, uses a variety of drugs, curses like a sailor, and is just a bad person in general in a number of ways. He doesn’t really give a damn about saving innocent people from danger and as such the possibility of him going out of his way to even help an old lady cross the street is quite unlikely. His idea of fighting crime is basically just him going around brutally beating the shit out of anyone doing anything wrong with little regard for anyone who happens to be in the area at the time be they a criminal or not (I love the scene that involves him stopping someone from stealing something and then destroying said item himself by bashing it over the thief’s head). He is a combination of The Punisher, Batman, and The Comedian and Rorschach from The Watchmen and I enjoyed watching him enforce the law in his own brutal way. 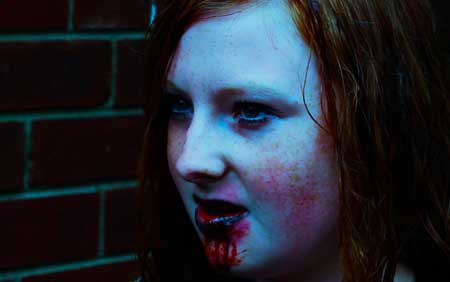 I also thought that the premise was pretty cool too and loved the idea of The Orphan deciding to kill her hero after she has a run in with him and realizes he isn’t the great person she idolized. How many people out there have been a huge fan of a celebrity only to discover to their dismay that he or she was a real asshole after meeting them in person? I know I have and although I didn’t go to the extremes that The Orphan does in this film I never felt quite the same way about that person ever again. I think that her reaction to his treatment of her is realistic to an extent (due to her age and mental state) and things really start to get interesting after she feels betrayed by him and starts plotting her revenge. 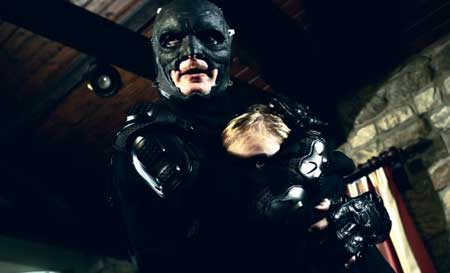 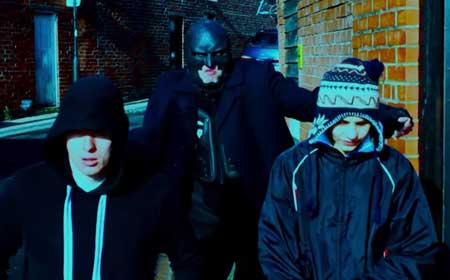 On the downside I thought that the movie was a little boring at times. I didn’t really care for the scenes that featured our hero at home doing drugs and just hanging out doing whatever. I thought these scenes ran a little too long and were pointless right from the beginning. We get it, he’s not a good guy and does bad things in his spare time, so you don’t have to keep showing us this over and over again. Imagine a Batman movie that is made up primarily of scenes of Bruce Wayne hanging out at his mansion smoking Crack and bitching about the weather to Alfred when he isn’t busy kicking The Joker all over the place and you’ll get what I mean here. There should have been more of The Bad Samaritan kicking ass and taking names, not him just sitting around on the couch getting wasted. 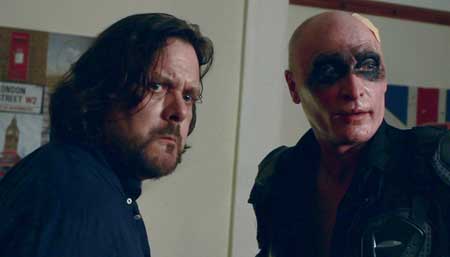 I thought that The Bad Samaritan Must Die! was good, but it could have been better. Even though it’s interesting and different I couldn’t help but feel that there was just something missing that kept it from being great. Check it out if you are into comic book movies (and just bizarre films in general) as you may end up loving it.

If you are interested in seeing it you can get your copy at www.thebadsamaritan.com. 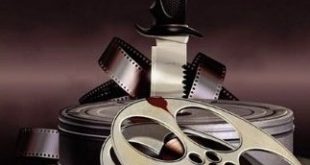