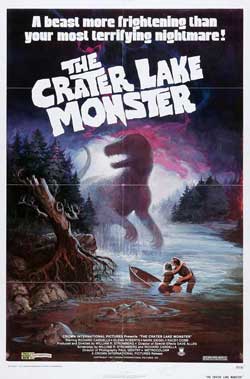 A meteor that crashed into Oregon’s Crater Lake unearths a dinosaur egg. The heat from the meteor causes the egg to hatch, and the emerging dinosaur takes to snacking on the locals.

Good or bad, I have a particular favored-bias towards 70’s horror films. Maybe it’s that certain beauty that comes with the routine of shooting with film stock from those days or that filmmakers were a bit more careful in framing shots that were more budget conscious. 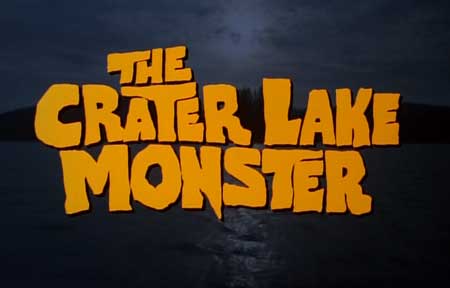 1977’s movie “The Crater Lake Monster” is by all means a cheesy b-grade film that still feels welcoming enough to want to revisit here and there. The induction of this silly film onto bluray per a recent Mill Creek Entertainment double release was good enough to warrant a proper viewing. In fact, you would think this was a Corman film by presentation alone.

Directed by William R. Stromberg for Crown International Pictures, “The Crater Lake Monster” is a perfect demonstration in stop motion quirkiness blended into a lake themed horror film. Our crater lake monster is often seen in shots that you think were stolen form old Sinbad movies. That alone is the beauty of this film which implements the editing of actor reactions and the obvious clay-model-positioned shots wrapped up under its retro rooted 70’s shell. 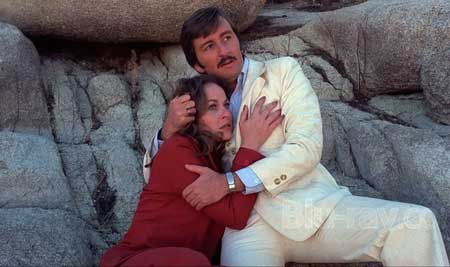 In research, the stop motion work here was created by David W. Allen who gained notoriety for his impressive roster of stop motion contributions to film. Astute film lovers will recognize his style which was soon also seen in the 1978 film “Laserblast”.

As plotlines go, this one is kept pretty standard. An excavation stumbles upon some ancient cave writings. Excited with their find, they are quickly interrupted with the arrival of a falling meteor that closes off the cave. This meteor landis the nearby lake (which is presumed to be Crater Lake, Oregon). From this landing emerges a large amphibious dinosaur bearing aquatic features. As the locals go about their day to day, this “monster” begins to slowly terrorize those unlucky enough to cross its path. 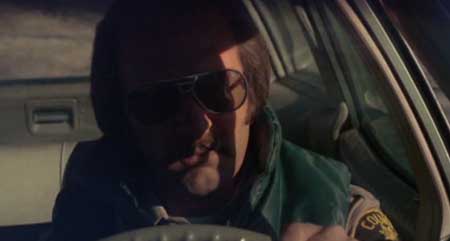 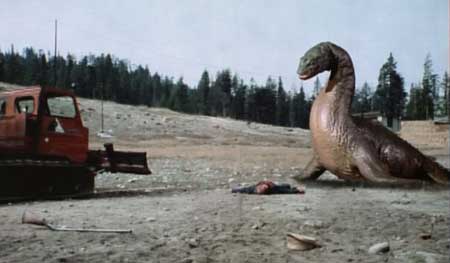 Meanwhile, comic relief is provided by yokels (Glen Roberts) Arnie and (Mark Siegel) Mitch who bicker over their boat business. The sheriff, Steve Hanson (Richard Cardella) seems to run the show locally taking the hero lead with a 3rd act Tractor-vs-monster face-off. If you managed to stay awake thru the middle you would have also noticed the inclusion of a subplot criminal who felt the need to shoot a few vendors during all the dinosaur mayhem (though I took this inclusion as plot filler to pad up a pretty typical monster film product). In dialog, it appears that the Crater incident occurred over several months which in watching feels more like the shorter end of a week. Between bickering, coastal attacks and small town living, it is Arnie and Mitch who provide us with the most acting interactions laced with stale humor. 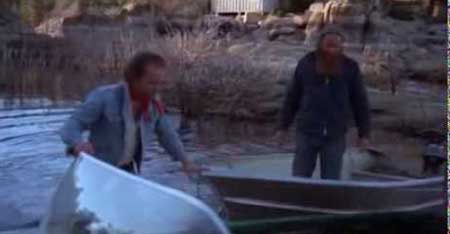 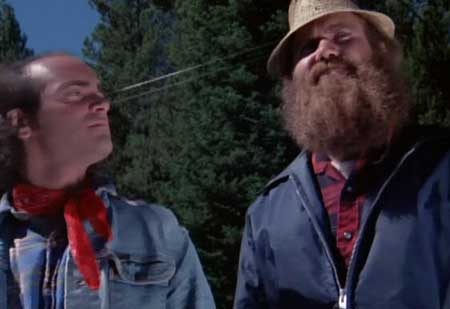 Watching this film might prompt you to make the statement, “why does this 70’s film have to be SO 70’s”?. The budget here was obviously tight switching between shots of stop motion overlays and the single production piece a plastic dinosaur head. While the prop is obvious, it still was utilized to the best that they could do with it little funds. Other quirks include plenty of sideburns, wood panel decor, v neck sweaters and a “dang awful” Shirley Temple sounding soundtrack. Though the overlays were still impressive for their time, with outside shots ranging from scenic to well-framed.

The movie, for obvious reason was a critical flop that still managed to make quite a return for its modest budget. It has also become somewhat of a cult film since its release. It’s a good case for a 70’s monster film that takes advantage of the Lock Ness craze at the time. Modern viewers may roll their eyes thru this one, but it still has character which is why it’s good enough to visit every now and then. 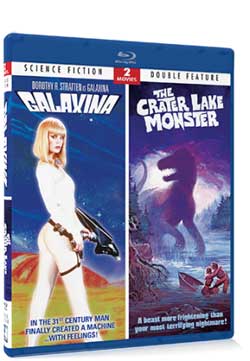 “The Crater Lake Monster” is now available on bluray per a “double feature set” by Mill Creek entertainment.