Home | News | New Trailer For DEAD SNOW: RED Vs DEAD Is Out And It Kicks All Kind Of Ass!!!

New Trailer For DEAD SNOW: RED Vs DEAD Is Out And It Kicks All Kind Of Ass!!!

I thought the little teaser trailer they released for DEAD SNOW: RED Vs. DEAD was one of the best things I had seen in a while but this new trailer, well just watch:

Yeah, that’s what I’m talking about. Some even better news, the film premiered at the Sundance Film Festival and immediately picked up a distribution deal from Well Go USA. No release info yet but hell, give them a minute, they just picked it up last night.

That trailer should be enough to tide you over for a bit and trust me, I’m watching this one real close and as soon as I know when we can watch it I will let you know. 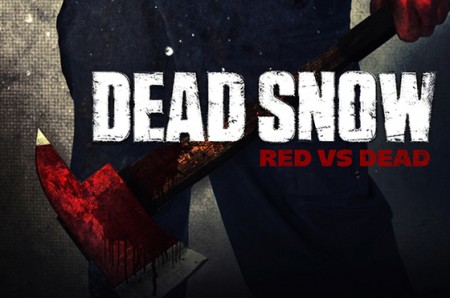