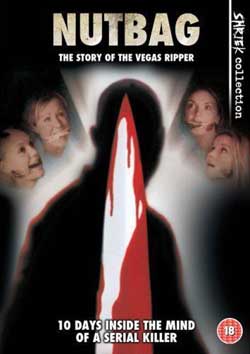 A serial killer stalks prostitutes on the mean streets of Las Vegas.

It is sometimes said that in an author’s first work, he or she often ends up spinning a highly personal and highly autobiographical tale as their inexperience can cause them to (inadvertently) fall back on what they know. I don’t know how this theorem translates over to film, but let’s hope Nutbag is all the product of the director’s (unoriginal) imagination. The slasher sub-genre has often been criticized for having a less-than-healthy attitude toward women (a criticism that is not always unfounded), but with Nick Palumbo’s initial effort, a bitter glaze of racism is added in to the mix. 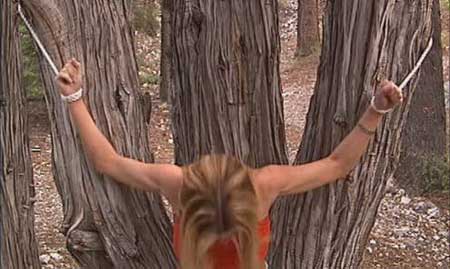 Nutbag is the same generic slasher movie you’ve already seen, over and over. You could change the name to Las Vegas Bloodbath, or 555, or Murder-Set-Pieces (Palumbo’s more (in)famous film), or a number of others and you’ll still have the same general movie. Psychopathic killer has family issues, takes them out on various naked women. But as I mentioned before, Nutbag ups the ante. 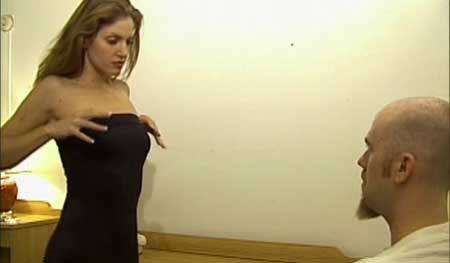 Our monotone killer (a character named only “killer” and played by Mack Hail) rambles non-stop, talking to his pet tarantula when he’s not blowing smoke in its face. From his diatribes, as well as an awkward flashback about ¾ through the movie, we learn that he was often beaten by his father (who then killed himself) and his mother left him. Or she had sex with a black guy, who then killed her? Either way, he now hates women and black people, as well as women who love black people. Fathers who beat their children? No, they are safe in this psycho killer’s world. Nutbag’s killer only wants to stab women in the vaginas with his knife. And no, that’s not just metaphorical. 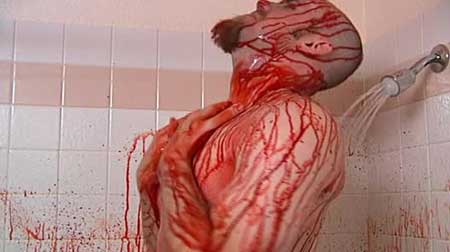 There really isn’t much more to say about the story of this movie. It really is just a guy in Las Vegas walking the streets and killing women. Sometimes he wears a mask when he chases them. Sometimes he makes them wear a mask (and nothing else) as he taunts them for being women and then kills them. Between kills (which, by the way, are poorly done, both effects-wise and originality-wise), he rants like Travis Bickle (but with none of the charisma) about how the streets are full of scum and how he’d kill himself but then there would be no one left to take care of the garbage. He also has the occasional breakdown, sometimes pounding his fists against his door and his skull, sometimes yanking grass from the ground, handful after non-eco-friendly handful, for what seems like way longer than is needed. 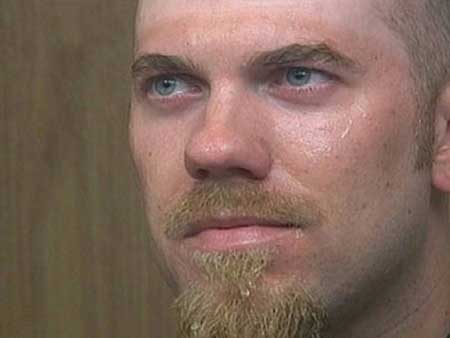 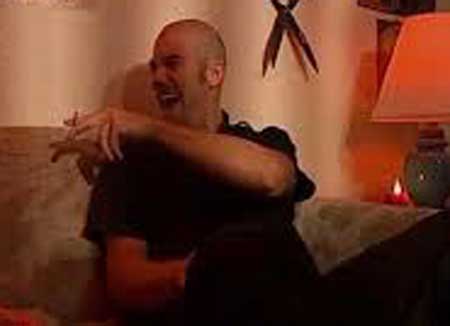 All of the acting in Nutbag is atrocious. Some people will blame this on the fact that this is a very low budget film, but that’s just an excuse. I’ve seen films with lower budgets with great acting and much better gore effects. But the killer really is the worst. He’s like the dude you met at Denny’s back in the late 1990’s who always sat in the back corner booth and quoted Kevin Smith movies non-stop. He’s a hulking man who shaves his head but leaves his sideburns and has a bad, nu-metal goatee.

You know he’s a winner immediately, but wait ‘til you see his apartment. Headless p*rn centerfolds on the walls, creepy masks, McFarlane action figures, perpetually lit candles, and a “Scream” inflatable (not from the Wes Craven movie, but from the Edvard Munch painting). There is an especially telling dialogue between the killer and his neighbor Mandy (played by Renee Sloan, who not only played the illustrious “Hooker #1” in Murder-Set-Pieces, but also plays the role of Scott Baio’s wife) where either the off-screen cue cards are stuck together, or the abilities of our cast truly shine. 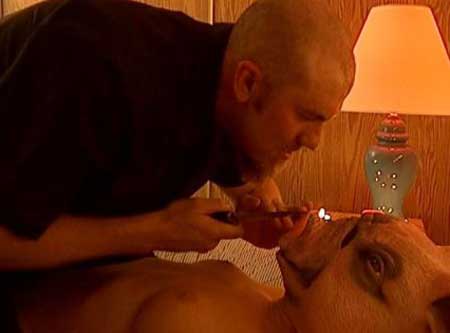 I can’t think of any reason to suggest Nutbag to any horror movie fans outside of those who, like myself, have a life goal to see every horror movie ever made, even the worst. The acting is bad, the gore is weak, the story is bland and generic, and the undertones are disturbing, to say the least, but not in that “cool, edgy” way that we might prefer. 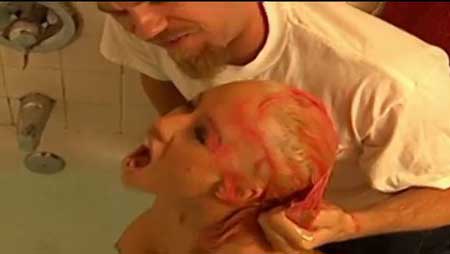 The fact that writer/director Nick Palumbo has so little care for his female characters that he names them things like Motel Hooker, Smoking Hooker, and Elevator Girl (a step up from naming them Hooker #1, Hooker #2, etc, as he does a little bit later) tells me that I don’t need to worry about his characters, either. Which means I’m not worried about searching out his next film either, unless it’s for a similar purpose as this; to provide a warning to those of us with “good” taste. 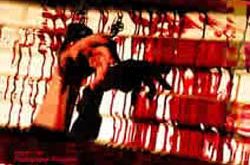